Vietnam among top 3 ASEAN destinations for private equity investment
Vietnam is among top three ASEAN countries attracting Private Equity (PE) investment in term of deal value, according to a report just released by the auditing and business consulting firm Grant Thornton.
Go Back 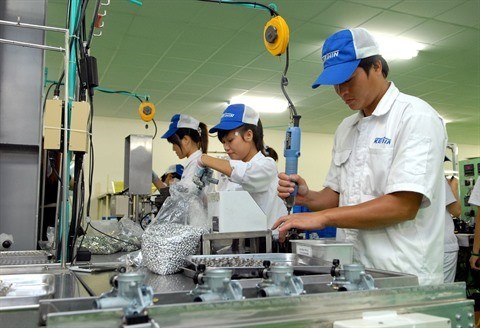 The report noted that the Vietnamese market saw 38 PE transactions in 2018 with total value of more than 1.6 billion USD, only after Singapore and Indonesia. The figures showed a 41 percent increase in number of transactions and a nearly three-fold rise in value compared to 2017.

It is noteworthy that PE investments in start-ups made up 71 percent of total transaction number, up 56 percent compared to 2017.

The report cited the firm’s survey results which showed the top 6 attractive private equity investment sectors in Vietnam for the next 12 months as: Fintech, Education, Green/Renewable Energy, Healthcare and Pharmaceuticals, E-commerce, Transportation and Logistics.

According to the report, Vietnam’s e-commerce market size (GMV – Gross Merchandise Value) has grown swiftly at a CAGR of 87 percent during 2015-2018. By 2025, it is forecast to reach 15 billion USD. Vietnam’s ratio of e-commerce economy GMV/GDP is 4 percent, far surpassing ASEAN’s average (2.8 percent) with very strong competition among market participants.

A rapidly emerging middle class is a key driver for investment in education in Vietnam. Vietnam education expenditure is 5.7 percent of GDP, ranking 29th among 126 countries in the world.

Despite the market’s attractiveness, Grant Thornton’s survey showed that high valuation and lack of attractive deal opportunities remained the top two challenges for target identification to most of PE firms looking at Vietnam, which is consistent with the region.

Another key challenge is low acceptance of companies’ owners for PE funding. Concerns about potential conflicts in vision and mission together with difficulty in sharing power have made private firms hesitate in co-operating with PE investors

Strict binding terms and conditions came as the next significant concern.

Excessive demand on financial and non-financial disclosures is another critical concern of private company owners.

If those challenges could be solved, Vietnam will rise higher in the region’s PE attraction ranking.