Vietnam attracts attention as investors’ production base
Many foreign investors are turning to Vietnam as a production base as part of their long-term global business network thanks to the country’s political stability, large population and innumerable investment opportunities, according to the Dau Tu (Investment) newspaper.
Go Back 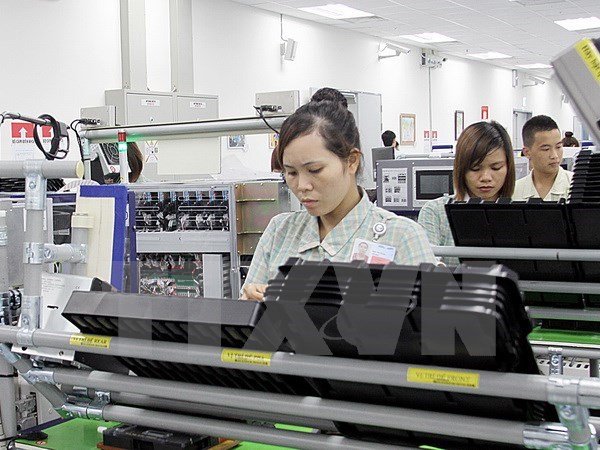 An article on the newspaper pointed to the fact that the 600-million-strong Southeast Asian region has always been a tempting market for overseas investors who prefer the low-cost and young labor force of developing countries such as Vietnam , Indonesia and Cambodia .

Particularly, the open investment policy and legal system in Vietnam are huge positives for the countries in drawing foreign investors, including those from Japan , the Republic of Korea (RoK) and Thailand , the article said.

It cited the example of the RoK’s Samsung Electronics, which is managing and building three factories in Ho Chi Minh City and northern Thai Nguyen and Bac Ninh provinces with total investment of 11.2 billion USD.

Meanwhile, the Czech Republic ’s Elmich group has inaugurated a household utensil manufacturing plant in northern Ha Nam province. The project, worth 400 billion VND or over 18.1 million USD, marks an important milestone in the group’s global development strategy and its commitment to long-term investments in Vietnam .

Vice President of the group Milan Novosad said Elmich will continue to improve and expand their production chain and quality inspection process in line with European standards with the goal of exporting 80 percent of the factory’s products to European and Asian markets.

The group will build a development and research centre in Vietnam to create products to local consumers’ taste, he revealed.

With the establishment of the ASEAN Economic Community (AEC), of which Vietnam is a member, slated for the end of this year and expected signing of several free trade agreements, including the Trans-Pacific Partnership (TPP) Agreement, foreign investors are also hoping to capitalise on the export opportunities offered by the pacts, particularly in the fields of garment-textile, technology, household utensil and farm produce, through their production base in Vietnam.