Vietnam attracts over $11 billion FDI in first half of 2016
The total foreign direct investment (FDI) registered in Vietnam in the first half of the year reached more than 11.2 billion USD, the Foreign Investment Agency (FIA) said.
Go Back 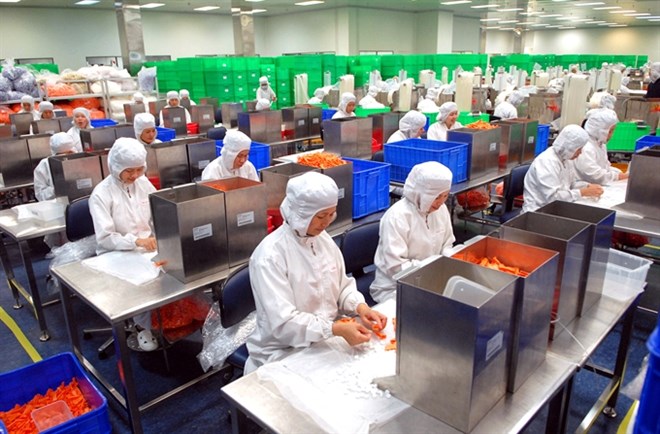 This is a significant surge of 105 percent against the same period last year.

Of the total, 7.5 billion USD came from 1,145 newly licensed projects, representing a yearly increase of 95 percent in capital and 56 percent in the number of projects.

The remainder was contributed by 535 already-operating projects that had raised their capital by more than 3.78 billion USD, or 129 percent, year-on-year.

Disbursement of FDI surged to an estimated 7.25 billion USD in the six-month period, a year-on-year rise of 15 percent, FIA reported.

Among the 53 localities, the northern port city of Hai Phong was the most attractive destination for foreign investors. The city attracted 1.74 billion USD in FDI, comprising 15.4 percent of the total FDI registered in the country in the first half of the year. The city received a 1.5-billion-USD OLED display factory project from LG Display.

The capital city was close on its heels with 1.63 billion USD, or 14.45 percent of the total FDI. The southern Binh Duong and Dong Nai provinces took the third and fourth places, with 1.07 billion USD and 928.9 USD million respectively.