Vietnam banking system outlook stable: Moody's
The outlook for the Vietnamese banking system is stable, driven by the country's good economic growth and stabilising asset quality and good liquidity, according to a Moody's report released early this week.
Go Back 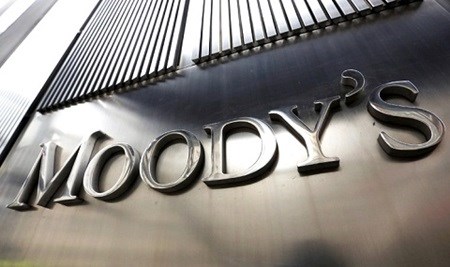 However, the rating agency said Vietnam’s banks had relatively low ratings when compared with their global peers, reflecting their weak capital levels and insufficient provisioning for problem legacy assets.

“The operating environment for Vietnamese banks has been benign in the past two years, after a sharp deterioration in 2012 that followed several years of very rapid credit growth,” Moody’s Vice President – Senior Credit Officer Eugene Tarzimanov said.

“We expect asset quality to be stable over our outlook horizon, and also note the improved transparency around problem assets, due to more stringent regulations,” Tarzimanov said.

Funding and liquidity would also be stable in the Vietnamese banking system, the rating agency said. Deposit growth has been strong, reducing the banks’ reliance on market-sensitive funding sources, such as interbank borrowings. At the end of 2014, market funds financed 17 percent of assets, down from 26 percent in 2012.

However, Moody’s maintains its negative view on the banks’ capitalisation and profitability, which will remain depressed due to high loan-loss provisions. The rating agency said it would take a long time to adequately provision or write off legacy problem assets.

The rating agency said it expected government support to be forthcoming for state and private banks in case of need, in the form of forbearance and liquidity assistance.

Moody’s stable outlook on the Vietnamese banking system is consistent with the stable rating outlooks on the deposit and issuer ratings of six of the 10 rated banks. Three banks have positive outlooks, and one bank is on rating review.

The Vietnamese banking system’s asset-weighted baseline credit assessment is CAA1. This is two notches below the asset-weighted average long-term bank deposit rating of B2, which means the ratings on average incorporate a two-notch uplift based on systemic support considerations.