Vietnam chooses to be co-founder of new global trade rules
Vietnam has chosen to become a founding member of a new global set of trade rules by joining in the Trans-Pacific Partnership (TPP) agreement, Japanese Minister of State for Economic and Fiscal Policy Akira Amari said.
Go Back 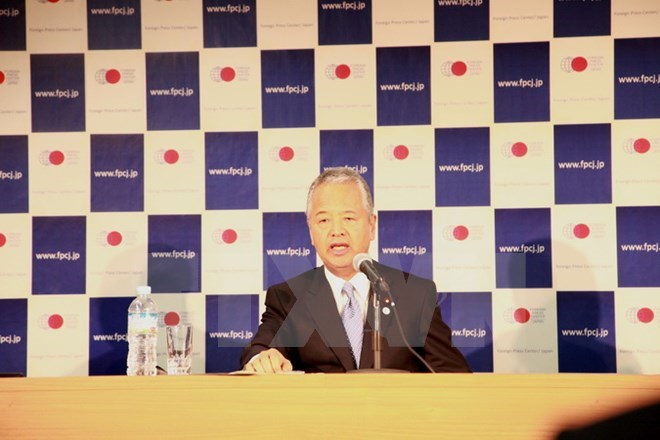 During a press conference at the Japanese Ministry of Foreign Affairs on November 30, the official told Vietnam News Agency correspondents that he highly values Vietnam’s active engagement in the TPP, an economic structure with high standards and ambitious goals.

Vietnam’s attachment of its economic future to the trade pact is a sound decision, Amari said, adding that the TPP will bring about opportunities for its textile and garment industry to gain more access to the US market and step up cooperation with countries with advanced technologies like Japan.

By taking part in the TPP, the Southeast Asian nation has established a proactive role in joining other countries in setting up new global standards and rules, he added.

The minister noted that the TPP will create an equal, free economic structure in the Asia-Pacific in the 21 st century. With 12 member nations, the deal covers a huge region with a population of 800 million. It accounts for 40 percent of the world’s gross domestic product.

The TPP doesn’t simply remove tariff lines, but includes regulations in many other spheres such as environment, labour, State-run enterprises, e-transactions, intellectual property and liberation of investments.

He said he believes the agreement will optimise the member nations’ advantages and narrow the industrial development gap.

The deal started out as P-4 with Chile, New Zealand, Singapore and Mexico, and then the TPP was joined by the US in September 2008 and Vietnam in early 2009.

Negotiations on the deal concluded on October 5.