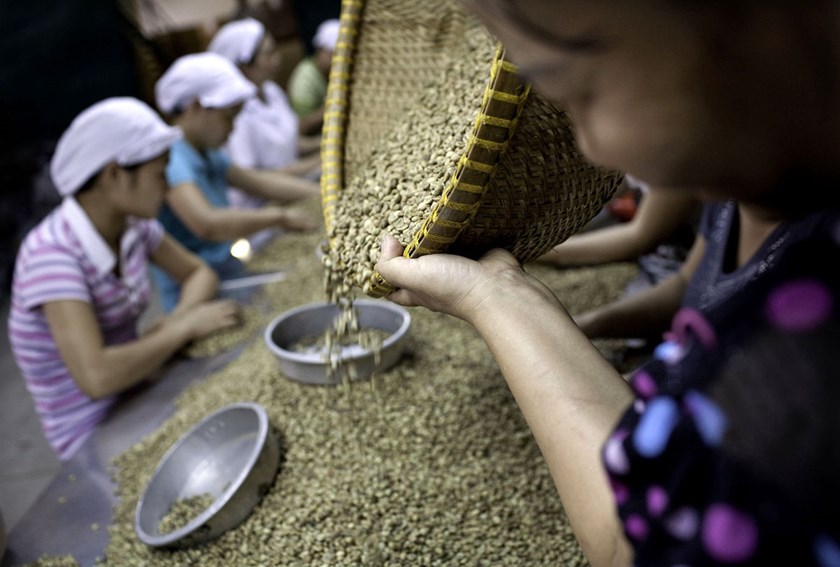 Farmers in the Southeast Asian country were holding onto 320,000 metric tons, or 20 percent of the harvest, at the end of August, according to the median estimate of eight traders surveyed by Bloomberg. That compares with 90,000 tons, or 5 percent of the crop, a year ago.

A large amount of carry-over stocks will add to pressure on prices as the harvest starting next month is forecast to match the 2013-2014 record. Robusta futures have slumped 17 percent this year, a move that’s only been partially offset by three devaluations of Vietnam’s dong.

The hoarding, which has been at five-year highs since March, has slashed exports. Shipments from Vietnam slumped about 30 percent in the first eight months of the year to 876,000 tons, the lowest since 2010, according to the Statistics Office.

Coffee prices are likely to remain under pressure because producers in Brazil and Indonesia are strongly pushing exports after their currencies collapsed, Anh said. The dong has fallen less than 3 percent since the end of June, compared with a 19 percent slump in Brazil’s real and about a 7 percent slide in Indonesia’s rupiah.

The coming harvest is forecast to total 1.72 million tons, higher than the previous crop of 1.6 million tons, the survey shows. While precipitation in Dak Lak last month was 22 percent lower than the amount a year earlier, it’s only 3 percent below average, government data show.