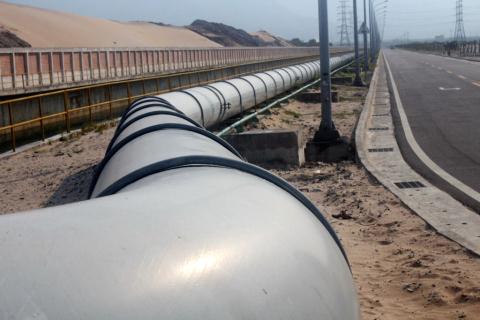 At the working session on an amended law on technology transfer on September 13, the Formosa incident was cited as an example of problems in Vietnam’s environment and technology management.

The steel complex in Vung Ang Economic Zone in Ha Tinh caused the mass fish deaths in the central coast of Vietnam and serious sea pollution.

Luu said that it had not only caused serious pollution, but also other social consequences.

He emphasized that it was necessary to find the cause – unreasonable laws or bad management.

National Assembly’s Chair Nguyen Thi Kim Ngan asked: “Is Vietnam becoming the world’s technological landfill and will the amendment of the law fix the problem?”“I personally think the problem lies in both laws and mismanagement,” he said. In the case of Formosa, Luu pointed out the role of technology and control over import technologies used in domestic production lines.

“After Formosa, we need to think of environmental treatment technologies. I heard from radio this morning that the Lee & Man paper plant in Hau Giang, if operating, would use 20,000 cubic meters of water from Hau River,” she said.

“It would discharge nearly 20,000 cubic meters, and only 20 percent of which can be treated, while the remaining would be discharged to the environment and would not be as clean as the water it uses,” she added.

Ngan believes that the amended law needs to stipulate the matters of technology management and the state agencies’ role and responsibility in management.

Minister of Science and Technology Chu Ngoc Anh, who presented the draft of the amended law, said that after one decade, the laws have shown shortcomings. Management agencies lack legal instruments to control and prevent outdated technologies from entering Vietnam.

According to the National Assembly’s Science & Technology Committee, Vietnam still accepts the transfer of technologies 2-3 generations old and this affects the economy’s competitiveness.

Phung Minh Hai, a senior official of the Ministry of Science & Technology, said that Vietnam mostly imports machines and equipment from China with import turnover of $7.8 billion in 2014, accountingfor 35 percent of total equipment imports.

Chinese technologies are believed to be outdated, with high fuel consumption.