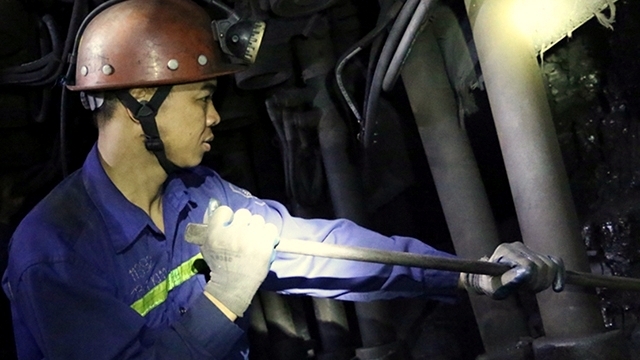 According to the General Statistics Office of Vietnam, the country’s labour productivity is still low compared to other nations in the region, only about 1/14 of Singapore’s, 1/6 that of Malaysia and a third of Thailand’s.

Without comprehensive measures, it will be difficult to maintain the current momentum of growth.

According to research results from the Vietnam Institute for Economic and Policy Research (VEPR), Vietnam’s average labour productivity has increased from VND38.64 million per labourer in 2006 to VND60.73 million in 2017.

However, on an international level, Vietnam’s labour productivity is still low when compared to other East Asian or ASEAN countries.

Remarkably, Vietnam’s labour productivity by sector is one of the lowest among comparable countries, even in bottom place in three industries including processing, construction and transportation-warehousing.

Assoc. Prof., Dr. Nguyen Duc Thanh, Director of VEPR, said that the figures show that the economic structure has not been shifted effectively; investment resources are increasingly poured into the old branches and fields with low added value. It is clear that macroeconomic stability, along with institutional reforms aiming to improve the investment environment as pursued by the Government, are expected to continue to efficiently promote and support business operation in 2018.

However, many of the inherent problems in the economy that have not been thoroughly addressed will remain a headwind for the country.

Among them, the top issue is the motivation for economic growth has not come from increased labour productivity. If there are no comprehensive measures to improve labour productivity in the near future, during the temporary period of a golden population structure, it will be difficult for Vietnam to maintain the current growth.

Deputy Minister of Science and Technology Pham Dai Duong said that in order to improve labour productivity, Vietnam needs a breakthrough in thinking, in addition to other advances in infrastructure, institutions and education.

Taking advantage of the fourth Industrial Revolution is a great opportunity to promote labour productivity and economic growth in Vietnam, as well as encouraging creative startups right from the strategies for science and technology development.

From another perspective, according to Prof. Tran Van Tho, member of the Economic Advisory Group to the Prime Minister, a high surplus of labour in agriculture and the private sector makes productivity growth through labour reallocation remain at a high level, but the labour structure is ineffective.

Therefore, the promotion of modern industrialisation should be focused, which helps attract redundant labourers in the agricultural sector as well as the individual and household economic sectors, contributing to an increase in labour productivity and shifts the structure of goods and services to a more efficient manner.

Some experts suggest that in order to improve labour productivity, Vietnam should continue to create positive conditions which promote the growth of total-factor productivity (TFP).

On the other hand, it is necessary to have policies to train and improve knowledge and skills for labourers, ensuring that migrant workers moving from low productivity groups such as agriculture to higher ones like processing industries or services are able to take on the task of creating greater added value.

In addition to improving the quality of labour force, the State should develop policies to encourage innovation and creativity in technical improvement for production, as well as applying technology to improve labour productivity in all economic sectors.

On the other hand, it is necessary to regulate and supervise the technology transfer from FDI enterprises, while investing more in research and technological improvement, even purchasing foreign technologies in case of necessity.

More emphasis should be placed on increasing labour productivity in industrial and service sectors by improving the business environment and technological change, in order to create a sustainable driving force for enhancing overall productivity and economic growth.

The VEPR team also point out that, in the longer run, optimising productivity is the central task of any reform policy.

Considering the labour market aspect, more effort is needed to facilitate the reallocation of labour while improving labour productivity.