Vietnam dreams of own Disneyland
Entertainment property, a less developed segment of the real estate sector, is becoming much more attractive to developers after a range of projects have been set in motion.
Go Back 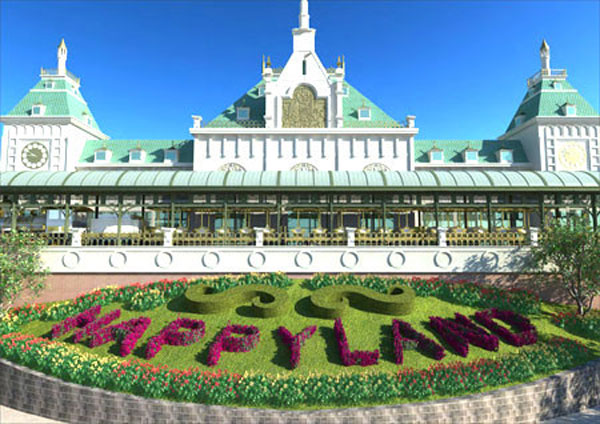 Empire Group officially started a tourism and recreational complex named Coco Bay in the central city of Danang in early June, with the total investment capital expected to reach VND14 trillion (US$622 million).

With a total area of about 31 hectares stretching along 600 meters of scenic coastline, the Coco Bay project is designed to incorporate more large-scale items of performance theatre, an outdoor performance stage, travel square, recreational facilities, and hotels.

The first phase of this giant project will be put into operation at the end of 2017.

Meanwhile, Gaw Capital Partners, a Hong Kong-based real estate private equity firm, has recently bought out the Park City project in Ho Chi Minh City, which will be developed into a recreational and residential project. Gaw Capital Partners’ representative said that the company was revising its procedures before submitting plans to the local authorities and would take two years from the approved day to take it into operation.

In fact, domestic developers have also built up some recreational complexes in Vietnam. For instance, Khang Thong Group JSC is working on Happyland entertainment complex capitalised at US$2 billion in the southern province of Long An. Some other parks based partly on Disneyland include Dam Sen and Suoi Tien in Ho Chi Minh City, Dai Nam in the southern province of Binh Duong or Hotay Water Park and Bao Son Paradise in Hanoi.

Other big firms have caught on to the possibilities of recreational developments, with Sun Group’s Asia Park and Fantasy Park in Danang and the Fansipan cable car system in Sapa.

The developer was also approved by the local authorities to develop the VND6 trillion (US$270 million) tourism and entertainment complex in the northern province of Quang Ninh. Expected to be put into operation in 2019, this future Disneyland-style park will be built in nearly 200 ha of land with different facilities.

Vingroup, another big conglomerate, set up its Vinpearl land recreational resorts in different provinces in the country, especially Safari in Phu Quoc Island-currently the biggest zoo in Vietnam.

Despite Vietnam having one of the longest and most beautiful coastlines in the world, comprising many tourism hotpots, the country remains less competitive than neighbouring Thailand, Singapore, and Malaysia. One of the reasons for this discrepancy is the lack of attractive leisure and entertainment projects, like Disneyland, which attract a wider base of international tourists.

Tran Ngoc Quang, general secretary of the Vietnam Real Estate Association said that developers in the past focused their efforts on resorts and hotels, leaving leisure and entertainment opportunities to stagnate.

‘With the increasing demand made by Vietnamese and foreign tourists, leisure and entertainment properties will be the next focus for developers in the near future’, Quang said.

According to figures from the Vietnam national Administration of Tourism, the recreational market is worth billions of dollars per year. Thailand has managed to attract more than US$60 billion per year.

Malaysia posted a figure of US$35 billion, and Macao US$45 billion. Vietnam, with its less developed recreational properties, is lagging behind with around US$15 billion per year.