Vietnam dreams of selling goods to overseas distributors
Vietnam is striving to export its products directly to all large distribution chains in Europe, North America, South East Asia and North East Asia under free trade agreements it has signed.
Go Back 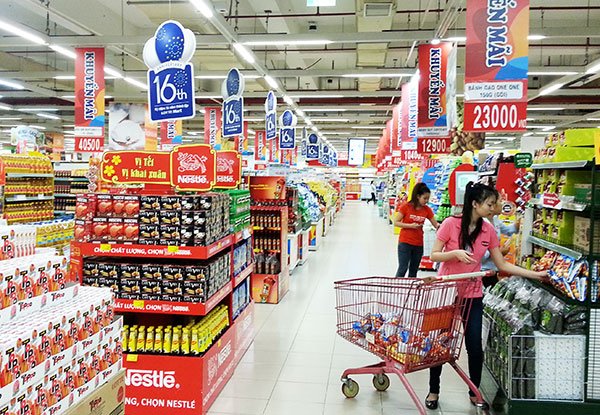 The cooperation has been going smoothly for three years.

The number of orders Duc Thanh takes from Lotte South Korea have been increasing steadily year after year, while the selling prices to Lotte are better than the prices at which Duc Thanh sells products to trading companies.

According to Thanh, in the past, overseas distributors usually contacted trading companies because they believed in the professionalism of the companies. However, in recent years, retailers have worked directly with manufacturers so as to cut costs. This allows Vietnamese enterprises to increase sales directly to retailers and obtain better prices.

However, in negotiating with Vietnamese manufacturers, foreign distributors tend to require the deferred payment method. This means that Vietnamese enterprises can only expect to get paid after a certain period, leading to a lack capital to maintain production.

Therefore, the state’s support will be important. “State agencies can act as guarantors for Vietnamese products in negotiations with foreign partners,” he said.

According to Nguyen Van Thinh, general director of Vitaco, the biggest problem is the lack of information about distribution chains. He said he doesn’t know the names of the right people to contact.

When asked about the government plan to bring Vietnamese goods directly to foreign distribution chains, Thinh said this was a difficult mission, because only very large and prestigious businesses have opportunities to work with foreign distributors.

Le Quang Hung, chair of Garmex Saigon, also said that though some companies now provide goods directly to foreign supermarket chains like Walmart, it is still nearly impossible for the majority of Vietnamese firms.

Whether Vietnamese enterprises can sell goods directly to foreign distributors will depend on Vietnamese sellers and foreign buyers, not on the Vietnamese state management agencies’ will.

Hung agrees that it would be easier for Vietnamese businesses to penetrate foreign distribution chains after successfully cooperating with their supermarkets in Vietnam. However, this approach is only suitable for seafood products.