Vietnam Economic Growth Momentum in 2017
The economy is shaping new growth momentum, powered by the Government’s determination to build a “development-facilitating government” development based on socio-economic development impetuses and people’s livelihood improvements. After all, all activities are to benefit the people. This is the ultimate goal.
Go Back 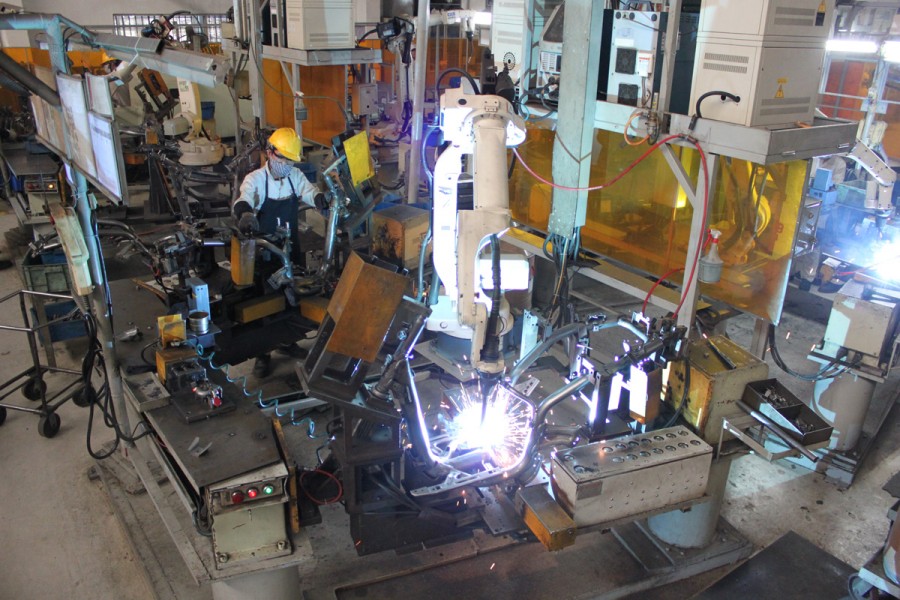 The economy is shaping new growth momentum, powered by the Government’s determination to build a “development-facilitating government” development based on socio-economic development impetuses and people’s livelihood improvements. After all, all activities are to benefit the people. This is the ultimate goal.

This is the determination of the Government that people and enterprises across the country expect. Prime Minister Nguyen Xuan Phuc emphasised that a facilitating government is a government that performs State administration well, with effective use of development-boosting tools such as institutional perfection, policymaking, lawmaking and environmental protection, and serves the most needs of people and enterprises.

Strengthening public confidence
Vietnam has emerged to be a developing market-driven economy of over US$200 billion. GDP per capita at purchasing power parity (PPP) has reached US$5,600. With a high degree of economic opening, the country’s trade value grossed nearly US$330 billion, equivalent to 1.5 times the GDP. Vietnam has attracted more than 21,000 foreign direct investment (FDI) projects with a combined pledged capital of US$300 billion.

According to the latest rankings by the World Bank (WB), Vietnam’s ease of doing business climbed nine places to the 82nd position out of 190 economies. Many foreign investors, including Europe and Japan, tend to expand investment projects in Vietnam.

However, carrying out the socio-economic development plan in the 2016-2021 period, the new government will have to continue to address a range of difficulties and limitations, i.e. budget balancing, overspending, lax public spending, rising public debt and government debt, growing debt repayment pressures, long underperformance of State-owned enterprises (SOEs), shrinking ODA and foreign concessional loans – to be ended in 2018, and under-expected corruption resistance.

To build a government that facilitates development, takes action and serves your country to avoid the “risk of lagging far behind other economies in the region and the world”, the Government must strengthen public confidence and business confidence in a clean-handed, principled and corruption-resistant government.

In the socio-economic development strategy in the 2016 – 2020 period, the Government is determined to provide all favourable conditions for the development of Vietnamese enterprises, particularly the private sector, to generate motivation for enhancing economic competitiveness and independence.

Speaking at the annual Vietnam Business Forum 2016 (VBF 2016), Dr Vu Tien Loc, President of Vietnam Chamber of Commerce and Industry VCCI, said that 2016 was the first year of the new government. In spite of serving less than one year to date, the business community can clearly see the government’s orientations and commitments of economic growth and business environment improvement.

A series of specific solutions to investment and business initiated by the government were submitted to the legislative National Assembly for amendment, including the Law of Small and Medium Enterprises, and the Law on Investment and Business in Conditional Industries. Especially, the government has ensured the serious carrying out of new regulations in the Law on Investment and the Law on Enterprises 2014 with thousands of business conditions stipulated in circulars to be abolished, reviewed or replaced. A huge volume of work had been done in a very short time to make sure that all business conditions stated in circulars were eradicated before July 1, 2016.

The government issued the third edition of Resolution 19 on enhancing national competitiveness in March 2016. In May 2016, it promulgated Resolution 35 on business development with term-long goals and vision. These resolutions include specific change targets and execution roadmaps placed in comparative context with other countries in the region.

Dr Loc said that these policies have generated positive effects. 2016 is the first year that business start-ups set a new record of over 100,000 units.

However, despite positive recent changes, the business environment of Vietnam is still behind other countries, and particularly relatively distant from that of other ASEAN countries. The outcome is also far below the expectations of the business community. Local businesses still have more difficult access to capital sources and pay higher interest rates than other countries, let alone inherent hardships in capable personnel, infrastructure and public administration in land, tax, customs, export and import.

Therefore, Dr Loc said, “The message is strong enough, policies are many and orientations are clear. Important solutions are to take action, to shorten the gap between policy and practice, and to eliminate disparity between document and execution. In the coming time, stronger solution in oversight and assessment of execution outcomes of these resolutions are needed. Reformative spirits of these governmental resolutions need to be implemented most seriously in practice.”

“The government is determined that Vietnam will stand in the top 3 business environments in ASEAN by 2020. Vietnamese entrepreneurs are changing themselves towards global standards. I believe that businesses can do this because it is vital to them. But, they need a government responsible for creating a favourable business environment for enterprises and citizens,” he added.

Hardships will eventually give way to efforts of businesses, entrepreneurs and workers. Directly spurred by open policies and mechanisms, the Vietnamese economy is believed to be gradually stable.