Vietnam enters new playground after TPP negotiation ends
According to many experts, the Trans-Pacific Partnership (TPP) agreement will be the "push" for Vietnam’s economic development.
Go Back 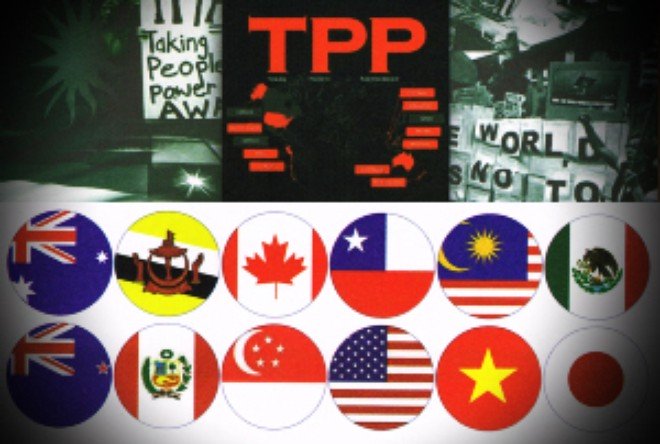 After five years of negotiations with countless disagreements and obstacles, trade ministers of 12 TPP member states reached the final consensus on the world’s largest free trade agreement on October 5 evening. Before the agreement is officially signed, TPP must be approved by the heads and parliaments of the 12 member states countries.

According to many experts, the TPP will create momentum for Vietnam’s economic development. Vietnam’s economy is expected to benefit most from the TPP as it will help the country reach markets that are still closed to the country.

Economist Le Dang Doanh said that this is an important milestone for Vietnam’s economy. Vietnam is the country with the lowest level of development among TPP member countries.

“We import aircraft and software from the US and export agricultural products, textiles and footwear to this country. Vietnam’s exports can rise greatly. Also, many foreign investors will invest in Vietnam to benefit from the incentives that Vietnam enjoys,” said Doanh.

However, Doanh pointed out major challenges for Vietnam such as technical barriers like standards on design, packaging, antibiotic residues, chemicals, labor conditions.

Therefore, Vietnam needs to improve economic conditions of local enterprises to take advantage of the opportunities brought about by TPP.

Mr. Sudhir Shetty, Chief Economist of the World Bank in East Asia and the Pacific, said that TPP would bring many benefits to Vietnam in the long term. This is a tremendous boost to Vietnam but it will also bring about a lot of pressure on domestic manufacturers, who will have to compete more fiercely but this will also help boost performance.

Shetty said that with the best scenario, the TPP will help member countries have access to markets which are previously inaccessible. Besides, with participation in TPP, Vietnam’s GDP can increase by 8-10% by 2030 and the country can attract more foreign investment.

A research work indicates that the TPP can bring about $3.7 billion each year for Vietnam’s GDP.

Dr. Nguyen Duc Thanh, Director of the Vietnam Economic Policy Research Institute, said: “The increase in Vietnam’s GDP when we join the TPP is an increase in consumption, exports and investment, including FDI and domestic investment. The biggest advantage of Vietnam after joining the TPP would be promotion of exports.”

Vietnam Ambassador to the US Pham Quang Vinh said that the TPP is the “trade agreement of the century” because it sets a very high set of standards in terms of trade, technology, intellectual property, environment, and labor while allowing deep tariff reductions (nearly 0%).

According to the American Chamber of Commerce in Vietnam (AmCham), the TPP has important implications for all member countries, especially Vietnam in terms of exports, GDP growth, and job creation.

Textiles and garments to benefit

Minister of Industry and Trade Vu Huy Hoang said that with the TPP, Vietnam’s textile industry will grow faster. This will benefit the poor because the industry needs millions of workers.

The countries participating in the TPP are important export partners of Vietnam, particularly the US and Japan. Up to 40% of Vietnam’s export goods are to 11 countries in the TPP. Vietnam mainly exports garments and footwear to the TPP countries, accounting for 31% of total value. In particular, Vietnam is the second-largest garment exporting country to the US (after China). and the third-largest in the Japanese market.

A recently released report of BIDV Securities Company says that after joining the TPP, the import structure of input materials of Vietnamese textile enterprises will see a big change, with the sources of supply to shift to the TPP member countries, reducing dependence on imported materials from China and Taiwan.

TPP is a free trade agreement with the participation of 12 countries including Australia, Brunei, Canada, Chile, Japan, Malaysia, Mexico, New Zealand, Peru, Singapore, Vietnam and the US. This will be the biggest trade deal ever since 1994, after the launch of the World Trade Organization (WTO).

Although facing greater competition, Vietnam will have the opportunity to reach a broad market that accounts for up 40% of the world economy and 30% of global trade, and is expected to contribute to the world GDP with nearly $300 billion annually. Notably, all 12 member countries are also members of the Asia Pacific Economic Cooperation Organization (APEC) with a population of 650 million and a total GDP of $20 trillion.

“The agreement reached today by the countries negotiating the Trans-Pacific Partnership is a very positive development,” said the IMF Managing Director Christine Lagarde in a statement released on October 5.

“The agreement is not only important because of the size, as the signatory countries account for about 40 percent of global GDP; it also pushes the frontier of trade and investment in goods and services to new areas where gains can be significant,” she said.

“We would need to review all the details before offering a comprehensive assessment, including the transitional effects and spillovers, but I expect that the TPP can pave the way to a new generation of deep trade integration efforts. I encourage other countries to renew their efforts to complete ongoing negotiations and the broader international community to reignite multilateral trade initiatives to ensure a cohesive global trading system.”

Immediately after the end of negotiations for the TPP, many Vietnamese entrepreneurs shared their excitement on Facebook and with media.

The head of Khai Silk Corporation wrote on his personal Facebook page: “Fortunately, the TPP has been completed”. It included a symbol meaning “Feel wonderful”.

Entrepreneur Do Ngoc Minh, the boss of LUALA hi-fashion system, noted on his Facebook: “Good news for the first day of week! Hope the Vietnam economy will  thrive!”

In a message to the media shortly after the completion of TPP, Pham Hong Hai, CEO of HSBC Vietnam, said: “This is a meaningful step forward for global economic integration in the world that is not only becoming increasingly connected but also more interdependent.”

He added that the TPP would help increase incomes and living standards of the developing economies in Asia. Vietnam is expected to greatly benefit from the TPP from the growing demand for textiles and footwear.

Meanwhile, Tran Vu Hai, Director of Hanoi Law, commented: “For law firms, it will be a period for professional development.”

Nguyen Ba Ngoc, Chairman of NBN Media, said: “The TPP also shows that we need to innovate strongly and thoroughly to take full advantage of the the power of integration. Vietnam’s benefit from the TPP depends on its internal capacity and the policies of the State.”