Vietnam-EU free trade deal to remove nearly all tariffs on goods
Vietnam and the European Union will remove tariffs on 99 percent of goods being traded between them under a free trade agreement which is slated to be signed this autumn.
Go Back 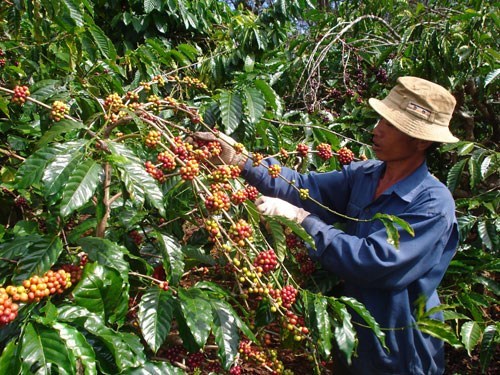 A man working in a coffee farm in Vietnam’s Central Highlands region. Coffee is among many Vietnamese products to be exempted from taxes when exported to EU under a free trade deal. Photo: Tran Ngoc Quyen

Vietnam and the European Union will remove tariffs on 99 percent of goods being traded between them under a free trade agreement which is slated to be signed this autumn.

The partners, which posted trade volume at over US$36.8 billion last year, announced their completion of negotiations for the deal on Wednesday in Hanoi, after 13 rounds of talks since 2012.

Vietnam will scrap 65 percent of its tariffs imposed on EU imports, including textile products and chemicals, right after the agreement takes effect, Franz Jessen, ambassador of EU Delegation to Vietnam, said at the ceremony.

The duties on other products, including alcoholic drinks, pork, beef and cars, will be gradually removed in the next 10 years.

Meanwhile, the EU will eliminate 71 percent of their tariffs first, and the rest in seven years, Jessen said.

Vietnamese products like textile, seafood and coffee will benefit from the agreement immediately.

The European Trade Policy and Investment Support Project estimated Vietnam’s exports to the EU are growing 15-20 percent every year, but the free trade agreement will increase that annual growth rate to 30-40 percent.

The EU became Vietnam’s second largest trade partner in 2013 when the country’s exports to the market hit 25 billion euro (US$27.4 billion) in value.

Goods from EU accounted for 29 percent of Vietnam’s total imports, according to figures from Eurocham.

With 27 state members, EU is also a major investor in Vietnam with more than 2,030 projects currently operational, mostly in industry and service sectors. Their registered capital totaled over $36 billion.