Vietnam fastest growing stock market in region
The Vietnamese stock market has surpassed its counterparts in the Philippines, Indonesia and Thailand to become the fastest-growing market in the region in the first six months of the year.
Go Back 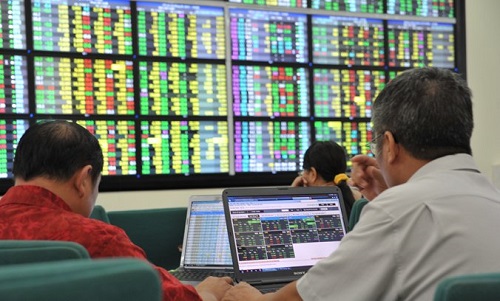 In late May, Thang, an investor in Hanoi, decided to re-activate his securities trading account after five years of closure.

The crisis which broke out 10 years ago plunged the VN Index from 1,180 points to 200 points and swept away VND3 billion worth of Thang’s assets.

But Thang decided to return to the stock market as it is now very promising.

The VN Index has increased by 17 percent over the beginning of the year, nearly hitting the 780 point threshold, the highest peak since 2008.

The index increase in the first six months was even higher than the increase for all of last year.

“The market is thriving not because of supporting information or any big deals and agreements, but because of strong cash flow into the market,” an expert said.

In 2016, the average trading volume was reported at VND3 trillion per trading session and there were only a few of sessions with trading value of VND5 trillion.

It was not by chance the cash flowed strongly to the stock market in the first months of 2017.

The appearance of goods commodities has made the market more attractive. Vietnam Airlines (HVN), Vinatex (VGT), Masan Consumer (MCH), VIB and FPT Telecom (FOX) have appeared on UpCom right on the first days of the year.

In February, Vietjet (VJC) made its debut, followed by Petrolimex (PLX), a petroleum distributor and Kido Food (KDF), the largest ice cream manufacturer.

These are all well-known names in the Vietnamese market and all of them are leading in their business fields.

Analysts believe that stocks are more attractive investment channels than gold and dollars. The VN Index has increased by 17 percent, while the prices of many shares have increased by tens of percent, or 3-5 times in the last several months.

Securities companies have also made big contributions to the strong cash flow when providing capital to investors to buy on margin.

The financial leverage helped investors loosen their purse strings. Securities companies prepared for the ‘game’ last year with hundreds of billions of dong worth of bonds issued.

The 10 top securities companies alone can provide $2 billion in capital to investors to buy on margin.