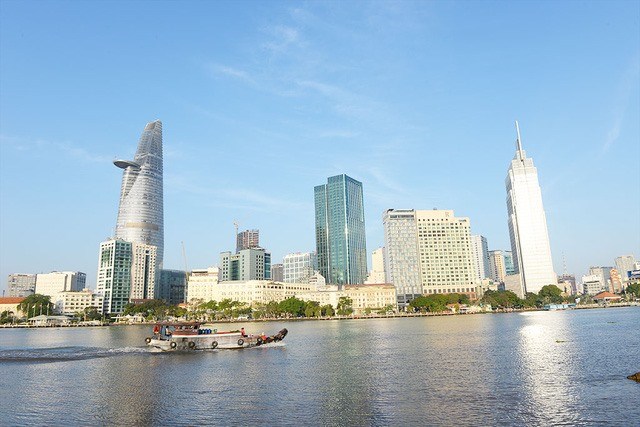 The Global Competitiveness Report 2017-18 said the country had made notable improvements in all sectors, notably among the basic requirement factors (75th out of 137), including institutions, infrastructure, macroeconomic environment, health and primary education.

Higher education and training also advanced (84th), as firms perceive that the lack of an educated workforce constitute a significant hurdle to doing business.

Trade also propelled Vietnam upward, with the country seventh in terms of the ratio of imports to gross domestic product, the Geneva-based WEF noted in the report. The US withdrawal from the Trans Pacific Partnership may have hurt some future trade opportunities for Vietnam, but the report stated that “the country’s growth is nonetheless projected to remain robust from strong exports”.

The report suggested Vietnam also boost its competitiveness by closing gaps in innovation and sophistication factors with countries at a similar stage of development, such as the Philippines.

The WEF’s global competitiveness report also presented a mixed picture for Asia, with big strides by Indonesia and Vietnam and falls for Japan and India.

Compared with five years ago, it has climbed 14 places. This is largely thanks to its growing economy, eighth on the domestic market size index.

The Southeast Asian country improved in 10 of 12 ‘key’ categories, including health, primary education and infrastructure. And though it did not step up in the innovation category, the report praises the country as “one of the top innovators among the emerging economies”, ranking it 12th in government procurement of advanced technology products.

Other Asian successes included Malaysia, in 23rd place, China, in 27th and Thailand, in 32nd. Each moved up a peg or two.

The Philippines also rose one spot, to 56th.

Japan headed in the opposite direction. It now ranks ninth after falling for the second year in a row.

The world’s third-largest economy maintains its good performance in infrastructure, health and primary education, but is struggling on the macroeconomic front due to massive public debt.

This year, Japan also slid in some of its stronger categories, notably railroad infrastructure quality, in which it fell to second place. And although it maintained its eighth-place position in innovation, it dropped to 23rd from 18th in university-industry collaboration in research and development.

India, which had been leaping ahead the past two years, fell one place to 40th. Singapore once again failed to reach the top, slipping into third behind the US.