Vietnam grows more attractive to foreign investment
China has lost its competitive edge as a low-cost manufacturing hub with producers of everything from handbags to clothing to basic electronic components relocating to Vietnam economists at Savills said recently in a research report.
Go Back 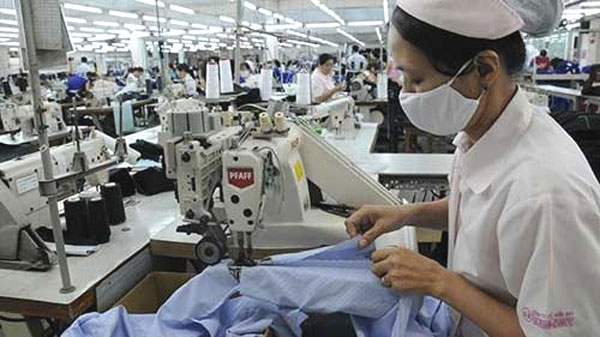 Quoting research by the Standard Chartered Bank, Savills said there has been a shift of FDI away from China to ASEAN member countries such as Vietnam to best position to take advantage of the Vietnam-EU and the Trans-Pacific Partnership (TPP) free trade accords.

Vietnam is one of the 12 countries participating in the TPP, a landmark 12-nation free-trade deal whose negotiations concluded earlier this week.

The accord, if ratified, would let Vietnam ship many products tariff-free to countries that constitute two-fifths of the world’s trade.

The shift is best illustrated by the waning foreign direct investment (FDI) into China, which has alternatively been flowing into manufacturing companies operating in countries like Vietnam and Thailand.

Vietnam’s Foreign Investment Agency (FIA) tallied newly-registered and supplemental FDI for the eight months leading up to September at US$13.3 billion, a  year-on-year 30.4% surge, Savills underscored in its report.

The impetus for the healthy FDI figures appear to be a combination of cost saving benefits from the Vietnam-EU and TPP trade deals in tandem with lower labour costs in Vietnam, Savills underscored in its report.

Notably, both trade deals contain rules of origin provisions requiring high percentages of clothing and textile industry exports to originate within member countries and this in turn has been driving investment dollars into the industry’s supply chain.

By relocating their supply chains to Vietnam the multinational corporations are better posturing to maximize their profits and take full advantage of lower labour costs and potential reduced tariffs afforded the trade agreements.

In reality FDI in Vietnam is dominated by a few large corporations and over three-fourths of it has flowed into manufacturing companies in the clothing and textiles industry Savills said in its report.

Additionally, Microsoft had earlier this year announced it will relocate two Nokia plants from China to Vietnam in the near future.

Microsoft also said it plans to invest US$210 million in the Vietnam-Singapore industrial zone in Bac Ninh, which will increase the number of its jobs in the zone threefold.

Meanwhile Samsung Display Vietnam had earlier this year committed to increasing its FDI in Bac Ninh Province by US$3 billion.

The Vietnam-Singapore industrial zone located in Quang Ngai Province has attracted US$7.8 million of FDI since it first opened in late 2013.

Recently, the Mapletree Group based out of Singapore pledged another US$1 billion of FDI to construct manufacturing facilities in it.