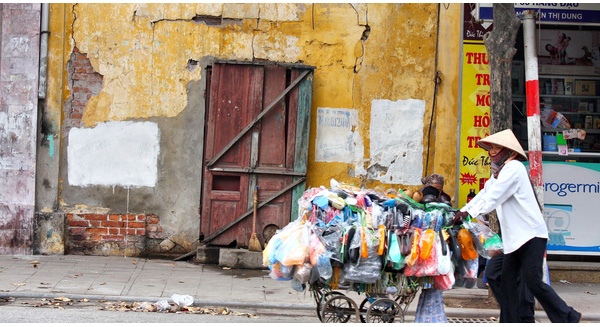 In 2012, the country got trade surplus for the first time after 20 consecutive years of witnessing trade deficit.

In that year, Vietnam’s excess of exports over imports reached $300 million.

Meanwhile, in the first three months of 2016 alone, the figure was $1.36 billion, according to the General Department of Customs (GDC), which was five times higher than trade surplus in the whole year of 2012.

The trade surplus has been praised as a great achievement, especially when it came after Vietnam experienced the year of trade deficit in 2015.

This was an impressive figure if noting that in 2014, which was considered the ‘golden period’, Vietnam’s trade surplus was $1.98 billion for the year.

However, experts, while commenting that the trade deficit is an encouraging result, pointed out that there are many problems behind the figure.

In the first three months of the year, Vietnam exported $38.77 billion worth of products, an increase of 6.6 percent over the same period of last year.

This means that though the export value increased, it was still lower than the import turnover of the same period ($39 billion) last year.

Vietnam could gain a trade surplus in Q1 mainly because of import turnover, which for the first time in many years, decreased.

According to GDC, the import turnover was $37.4 billion, or 4 percent lower than that in the same period.

The growth rate in the export value has been decreasing rapidly compared with 2010, the time of an export boom, when Vietnam officially joined the World Trade Organizations (WTO).

Vietnam needs to import input materials and fixed assets (machines and equipment) for production. If the imports decrease, this may be bad news.

While the registered capital of foreign invested enterprises (FIEs) increased considerably by 119 percent, their import turnover of machines and equipment decreased by $1.44 billion.

Analysts also pointed out that it was FIEs, not Vietnamese enterprises, which made the biggest contribution to Vietnam’s export growth.