Home » Press » Vietnam has trade deficit with Thailand in H1 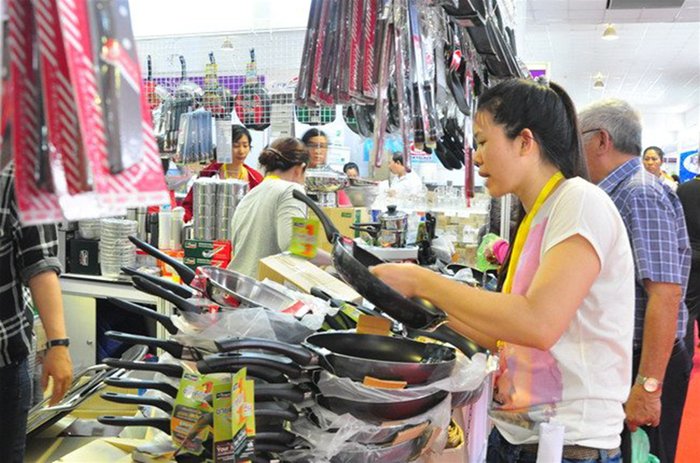 Thai products are on sale at a trade fair in HCMC. Vietnam ran a trade deficit of nearly US$2.13 billion with Thailand in the first six months – PHOTO: MINH TAM

According to the General Department of Customs, Vietnam spent US$3.9 billion buying goods from Thailand in the period, a year-on-year increase of 3.8%.

Many of them registered revenue of more than US$100 million, including fruit and vegetables with US$143.5 million, fuel products US$142.6 million, plastic materials US$251.6 million, appliances and parts US$560.2 million, machinery and equipment US$383.7 million, and CBU cars US$276.5 million.

Vietnam’s imports from ASEAN countries reached US$11.38 billion in the six-month period, making up 14.1% of the national total. Exports were US$8.08 billion, 10% of the total.

Trade deficits with ASEAN economies expanded to US$3.3 billion, up from US$2.66 billion a year ago.