Vietnam hopeful about rice export in 2016
Vietnam will have various advantages in exporting rice this year though it may have to compete with Thai rice in the global export market when Thailand sells rice at stock.
Go Back 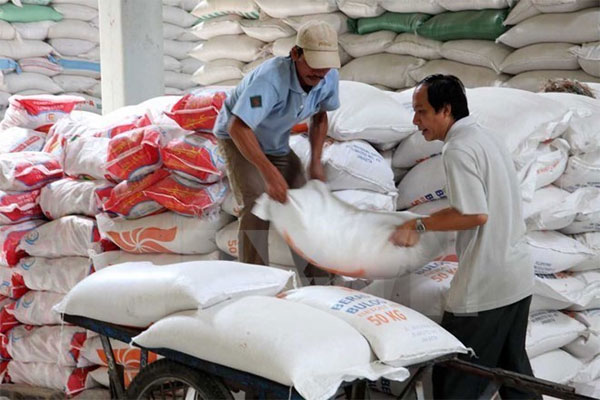 Vietnam Food Association (VFA) chairman Huynh The Nang said Thailand’s government has announced the sale of rice at stock in the near future. This will be one of the factors to pull the world rice prices down and may create negative impacts on Vietnam’s rice exports.

However, Vietnamese rice still can compete with Thai rice in traditional markets such as China, Indonesia and the Philippines because Thailand has a low volume of white rice while the demand from those markets is for imported white rice, Nang said.

Huynh Van Thon, chairman of Loc Troi Group, said not all enterprises in the traditional markets want to import rice at inventory, therefore, Vietnamese rice exporters still have a chance to offer their new rice to those markets.

Nguyen Van Tien, general director of An Giang Export and Import Joint Stock Company, agreed that there is a risk in reducing the world price of rice this year to compete with Thai rice at inventory, but how this action will affect the world market will depend on the Thai government’s operating policy on the rice at inventory. If Thailand uses old rice at stock to produce ethanol and animal feed, it will not affect the world market.

Huynh Minh Hue, VFA general secretary, quoted the US Department of Agriculture as saying that the global rice output in the 2015-16 crop declined by 1.9 percent to 469.3 million tonnes, a second straight year of decline. El Nino was a major factor, causing smaller crops in many rice production countries.

Global consumption will, meanwhile, rise by 0.5 percent to 484.6 million tonnes, making it the third consecutive year when consumption will exceed production, leading to a depletion of stockpiles.

“In general, rice consumption of Vietnam this year will be better,” Nang said.

This year, the association will focus on boosting exports to near and traditional markets in Asia, including mainland China and Southeast Asia, and increasing exports of fragrant rice to Hong Kong and Singapore, Hue said.

It would strive to expand its fragrant rice market share in Africa and gradually retrieve the market for white rice, he said.

It will work to enable Vietnamese rice to penetrate new markets, especially countries that have free trade agreements with Vietnam, said Hue, adding that the association will this year focus on building a rice value chain and brands.

Tien said the Asian market has demand for rice but Vietnam will face intense competition from Thailand and Pakistan while export of fragrant and high grade rice is expected to increase strongly this year due to high demand from China and Africa.

He called on the government to step up quality checks of exports to safeguard the country’s prestige and to sell to demanding markets.

The association should also provide enterprises with up-to-date market forecasts and trends, he said. The government should crack down on the use of chemicals in rice production.

According to the association, Vietnam’s rice exports this year, excluding border trade, are expected to remain at last year’s 6.5 million tonnes.

Last year, exports fetched 2.68 billion USD, a decrease of 3.94 percent in value despite a marginal increase in volumes as prices dropped. Asian countries were the main buyers, accounting for 74.5 percent of exports, followed by Africa (13.77 percent), and the US (6.72 percent), Hue said.