Vietnam keeps goal of export value growth at 7.5 percent in 2019
The Ministry of Industry and Trade would not adjust its import and export goals despite current difficulties.
Go Back 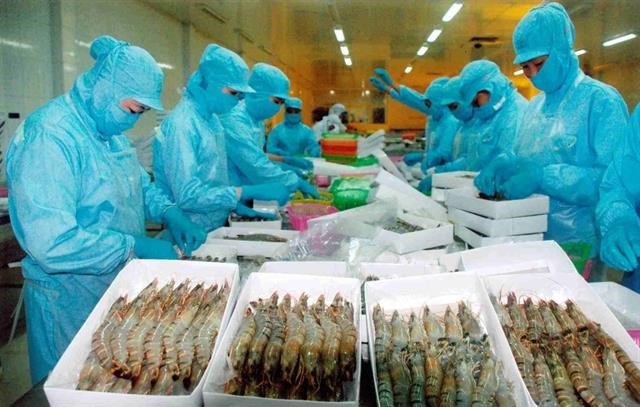 Instead it would find the most effectivesolutions to achieve export growth of 7-7.5 percent as proposed, Industry andTrade Minister Tran Tuan Anh said in the meeting on August 7.

The minister requested in the last months of the year that the Department ofImport and Export must research and build scenarios for export markets andindustries as well as find solutions for export enterprises.

In addition, the department would coordinate with the Trade ProtectionDepartment to re-evaluate goods that have risks relating to trade defence casesand then coordinate with partners to fix problems.

It must coordinate with associations and industries to review export marketswith a decline in value and find out why there was a reduction. It must also look closely at the importation of cars and sugar, he said. Phan Van Chinh, Director of the Import and Export Department said the seven-monthexport value reached 145.1 billion USD, about 1 billion USD lower than targets.

According to the ministry’s goals, the total export value for this whole yearwill reach about 262 billion USD, up 7 – 7.5 percent year on year. So from nowuntil the end of the year, the average monthly export must reach about 23.2 -23.4 billion USD.

“This is considered a difficult task because for the first time, Vietnam’sexport reached 23 billion USD in August 2018,” Chinh said.

“Meanwhile, down trend in the current economic and trade development on theworld market is not considered a disadvantage for Vietnam to accelerate theexports by this year end.

“However, with efforts in expanding markets, enhancing trade promotion andincreasing exports from the Government, ministries and businesses, the nationexpects to achieve its goal in export growth rate at 7-7.5 percent for thisyear.”

To Ngoc Son, deputy head of the Asian and African Market Department under MoITsaid China yuan devaluation could push the trade conflict between this countryand the US into a currency war, which has a greater impact on the world marketthan the trade war.

Tension between Japan and the Republic of Korea began which could causeconcerns in manufacturing industries and might have a knock-on effect withother businesses.

“These countries are important trading partners of Vietnam so they mayaffect exports,” Son said.

For farming exports, the Ministry of Industry and Trade and the Ministry ofAgriculture and Rural Development need to cooperate in market information andproduction planning, to avoid oversupply.

Minister Tran Tuan Anh pointed out the export value in the first seven monthsincreased by 7.5 percent, a high growth rate.

This was due to efficiency from the international economic integration andadministrative procedure reform, creating a good environment for businesses.The ministry has also developed legal documents on goods origin and anti-fraudof goods origin.

During the first seven months, the country earned 145.13 billion USD fromshipping goods abroad, a year on year increase of 7.5 percent.

The growth in export value was mainly contributed to by 24 goods with aturnover of more than 1 billion USD. These staples accounted for 88.1 percentof the nation’s total export revenue.