Vietnam M&A deals to hit new record at $6 billion: forecast
The value of merger and acquisition deals in Vietnam will top US$6 billion this year, or an increase of 15.3 percent from the record high of last year, news website Dau Tu reported on Monday, citing a research group.
Go Back 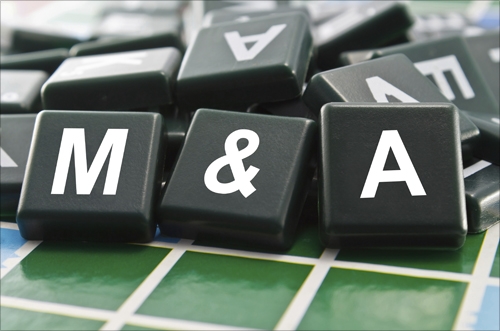 In the first seven months, the total value of M&A deals exceeded $3 billion, up 28 percent year-on-year, according the research group of the Vietnam M&A Forum.

The annual forum, organized by Dau Tu and M&A consultant AVM Vietnam, will be held in Ho Chi Minh City on August 18 with the participation of more than 3,300 lecturers and senior managers of local and international businesses.

Retail, consumer and real estate sectors, which have been leading the M&A wave in Vietnam, will continue to account for most of upcoming deals, according to the group.

It also forecast that big deals would take place in the sectors of telecommunication, energy, infrastructure and materials where the government has been encouraging the participation of private investors.

The M&A wave in Vietnam has been mainly driven by businesses from Asian countries, notably Japan, Singapore and Thailand, Dang Xuan Minh, who led the research group, was quoted as saying.

Vietnam’s membership of the ASEAN economic community and participation in the proposed Trans-Pacific Partnership has also encouraged more deals, he said.

The Vietnamese government has also made strong moves to speed up the privatization of state-owned enterprises, boost the private sector’s growth and improve the local business climate, he added.

He urged the government to increase the transparency of state-owned enterprises set to be privatized and allow private investors to own more shares.