Home » Press » Vietnam may be better off without ODA loans: economists

Vietnam may be better off without ODA loans: economists
Vietnam might face an economic shock when it no longer gets cheap international loans, but could well improve its financial discipline, enabling stable long-term development, economists have said. ...
Go Back 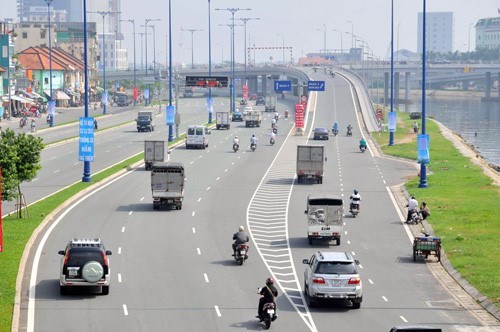 Vietnam might face an economic shock when it no longer gets cheap international loans, but could well improve its financial discipline, enabling stable long-term development, economists have said.

The World Bank, which lends money at very low or zero interest rates to poor countries, will stop offering lending to Vietnam from July 2017 since it became a middle-income country in 2009, according to the Ministry of Finance. Nearly 30 percent of Vietnam’s cheap international loans have come from the bank.

International donors provided ODA funds worth some $45 billion between 2005 and 2015, Truong Hung Long, head of the ministry’s Department of Debt Management and External Finance said.

A third each went to the central budget, localities, and important public projects.

The loans remain an important source of funds, helping the country with projects ranging from infrastructure to alleviating poverty and improving the environment.

If it gets normal commercial loans, Vietnam would have to pay interest of 2-3.5 percent instead of the 0.7-0.8 percent it pays for concessional loans.

Commercial loans are also for a much shorter tenor than concessional loans, at only 15-20 years against 35-40.

Bui Dinh Thu, permanent member of the National Assembly’s Finance and Budget Committee, said the loss of preferential loans would cause difficulties for public finance.

Though Vietnam has eliminated poverty, its economic development is not really stable, he said.

Some European countries like the UK, Finland, and Norway have also announced a stop to or cut preferential loans to Vietnam.

However, Vietnam would not have to be too worried about the issue, economists said.

“Despite causing financial difficulties to Vietnam, the reduction in preferential loans could help it improve fiscal discipline,” Nguyen Tri Hieu, an economist, said.

“When it was a low-income country, Vietnam used to easily access preferential loans, increasing its reliance on foreign funds which has resulted in a rapid increase in overseas loans in recent years.”

Some state agencies have mistakenly treated ODA loans as free money and often spent them carelessly, he said.

ODA with long maturity and low interest rates makes up around 94 percent of Vietnam’s external debts.

Vietnam’s economy expanded by nearly 6.7 percent to VND4,484 trillion ($199.98 billion), and is expected to see similar growth this year.

In a previous forecast, the finance ministry said public debt would hit the limit in 2017, before falling to 60.2 percent in 2020.

Economist Vo Dai Luoc said lenders offering ODA seek benefits, including requiring Vietnam to hire contractors from their countries which increases cost due to the monopoly factor. As a result, many projects using ODA become more expensive than when non-ODA funds are use, he said.

“Vietnam may be better off without ODA loans.”

Pham Sy Liem, vice chairman of the Vietnam Construction Federation, concurred, saying while ODA interest rates may be lower than that of bank loans, contractors often have to fulfill conditions stipulated by the lenders — like using high-priced design, consultancy, and supervisory services provided by companies from their country.

This inflates the cost of a project by 50-80 per cent, he said. He quoted a Japanese professor as saying in a newspaper that Japanese contractors quoted US$1,000 per cubic meter for construction materials for the Nhat Tan Bridge (in Hanoi), but only signed subcontracts with Vietnamese partners for $100, attributing the huge difference to high management costs.

It could also be seen from the Ben Luc-Long Thanh highway connecting Long An and Dong Nai provinces near Ho Chi Minh City, which cost $25.8 million per kilometre, way higher than in other countries like China, where a kilometer costs $10.9 million, and the US, where it costs $17.4 million.

Two thirds of international loans are earmarked for infrastructure works, where the bidding process and equipment purchase have long been considered fertile ground for graft and corruption, economist Luoc said.

The latest scandal has been the bribery linked to Japanese ODA. Six Vietnamese railway officials, late last year, were charged with “abuse of power”, which carries a jail term of 10-15 years. They received VND11 billion (US$493,000) in bribes from the Japan Transportation Consultants Inc.

The company was found guilty of bribing civil servants in Indonesia, Vietnam, and Uzbekistan between 2008 and 2014 to win bids for five ODA projects.

In 2012 Denmark suspended aid for three climate-change research projects in Vietnam due to reports of fraud.

In 2008 a senior Vietnamese official was convicted for taking bribes in 2003 from a Tokyo-based company in connection with the East-West Highway in Ho Chi Minh City.

“Vietnam needs to turn down inefficient loans, and choose those that really bring benefits to the economy and society instead,” Luoc said.

With an annual need for $90 billion for development between 2016 and 2020, Vietnam would have to diversify its sources of funding, including by attracting foreign direct investment into projects like roads and hospitals, Hieu said.

The country is still an attractive destination for foreign investment, he said. FDI in the first three months topped US$4.02 billion, more than twice the figure a year earlier, according to the Foreign Investment Agency.

Developing the capital market is another way. A better legal framework and a stronger privatization drive by state-owned enterprises are key to Vietnam’s securities market attracting foreign investors, Hieu added.