Vietnam may miss GDP goal: experts
Economists are concerned that Viet Nam will find it difficult to meet this year's GDP growth target of 6.7 per cent.
Go Back 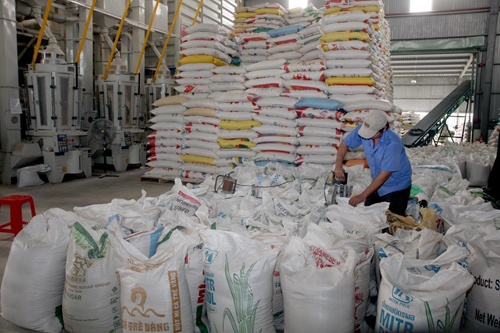 Analysts at the Bank for Investment and Development of Viet Nam (BIDV) said to meet the target, GDP growth in Q3 and Q4 must be 7.2 per cent and 8.1 per cent, respectively, which are much higher than the rising rates of 6.87 per cent and 7.01 per cent seen in the same periods last year. GDP in H1 2016 rose 5.52 per cent.

According to BIDV analysts, the pursuit of the target could cause Viet Nam to face instability and unsustainable growth in the medium and long term.

Analysts from HCM City Securities Co (HSC) said, besides the drought, the crude oil output reduction would also have a negative impact on the country’s GDP growth.

HSC forecast that GDP growth this year would be 6.3 per cent if cultivation areas and domestic crude oil output increase.

Credit Suisse recently also lowered their growth forecast for Viet Nam to just 6 per cent for 2016, down from the 6.3 per cent they had previously estimated.

Business Monitor International (BMI) also downgraded its growth forecast for 2016. It now sees growth of 5.9 per cent, down from its previous estimate of 6.3 per cent.

Analysts said the main drag on Viet Nam’s GDP growth continues to be the country’s agriculture sector. The country’s worst drought in three decades is crippling its farming economy. As the world’s largest producer of robusta coffee and a major exporter of rice, a hit to agriculture would greatly impact the overall GDP.

A new research report from BMI suggests the harsh weather conditions are estimated to have cost the country a total of US$681 million.

Besides, he said, bad debt is not being resolved properly, with the Viet Nam Asset Management Company lacking the financial and legal resources to handle collateral in the absence of a debt market.

The headwinds against the Vietnamese economy are causing deposit interest rates to go up across all tenors, leading to possible hikes in loan rates this year, Tuyen said, adding that this would weigh on domestic businesses, especially small and medium-sized enterprises.

Tuyen suggested the Government focus on macroeconomic stabilisation and avoid taking a pro-growth stance, suggesting that a GDP growth rate of 6.5 per cent was reasonable for this year.

General Director of the General Statistics Office (GSO) Nguyen Bich Lam also admitted it would be very hard to meet the economic growth target set for this year if the Government and local authorities do not take more drastic actions.

GSO’s Lam said to meet the annual GDP target, besides strictly adopting solutions and policies that support vulnerable areas, as approved by the Government, the Government and Ministry of Agriculture and Rural Development should adopt more effective measures in a timely manner to help the agriculture, forestry and fishery industries overcome their difficulties and achieve higher growth in the second half of the year.

The relevant ministries should also consider taking steps to boost the manufacturing and processing industry, besides continually strengthening high-added-value industries such as tourism, telecommunications, technology and information, as well as banking and finance, Lam said.