Vietnam moves up WB ranking
Vietnam has risen by three places on the World Bank’s business environment ranking, reflecting its efforts to create a business-friendly climate.
Go Back 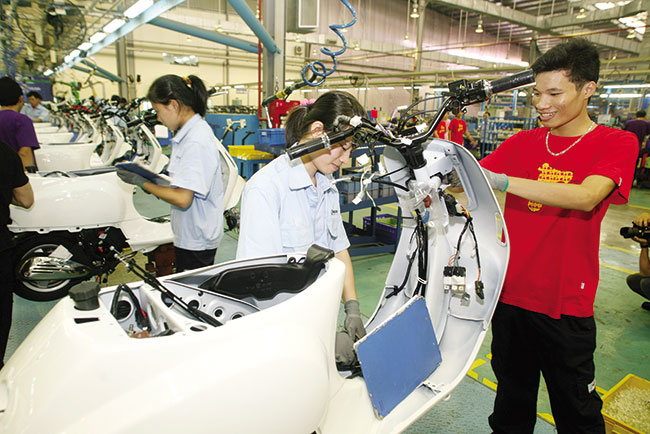 The World Bank released its Doing Business 2016 report last week, with the Vietnamese economy’s global ranking climbing to the 90th place at 62.1 points, out of 189 nations surveyed, from the 93rd place in the bank’s previous report, which also included the same number of nations.

Under the new report, Vietnam is notably praised by the World Bank for conducting five reforms, which are the most in ASEAN and have made it easier for enterprises to do business. The reforms include ‘start a business’, ‘get electricity’, ‘get credit’, ‘pay taxes’, and ‘resolve insolvency.’

Specifically, in the ‘start a business’ category, Vietnam moved up by six places, from the 125th to the 119th. “Vietnam made starting a business easier by reducing the time required to get the company seal engraved and registered,” said the new report.

In the ‘get electricity’ category, the country has improved by 22 places, from the 130th to the 108th. Vietnam reduced the time required for getting an electricity connection by reducing delays and increasing efficiency in approving connection applications and designs for connection works, according to the World Bank.

In the ‘get credit’ category,  Vietnam has been lifted by eight places, from the 36th to the 28th. The World Bank commented that “Vietnam guaranteed borrowers’ right to inspect their credit data, while the new credit bureau expanded borrower coverage, improving the credit information system.”

Meanwhile, in the ‘pay taxes’ category, the nation witnessed an improvement of four places, from the 172nd to the 168th.

“Vietnam reduced the effective financial burden of profit taxes on companies by introducing changes to tax depreciation rules or deductions,” said Kaushik Basu, senior vice president and chief economist of the World Bank based in Washington DC. “Vietnam has simplified the tax compliance process, by reducing the number of value added tax filings for companies with an annual turnover of VND50 billion ($2.3 million), or less from monthly to quarterly.”

Furthermore, Vietnam has made resolving insolvency, which ranked 123rd in the report, easier by clarifying and simplifying provisions on liquidation and reorganisation, modifying the standard for commencement of insolvency proceedings, and changing provisions on voidable transactions. It has also beeng regulating the profession of insolvency trustees and established rules for enterprise asset managers.

Prime Minister Nguyen Tan Dung, who is upbeat about the economic outlook, told the National Assembly that Vietnam’s global competitiveness had risen by 19 places from 2010-2015. He cited the World Economic Forum as reporting that Vietnam’s global competitiveness index stood at 75th out of 139 nations in 2010, and has since risen to rank 56th out of 140 nations this year.