Vietnam named world’s fourth fastest-growing high net worth country
Vietnam is expected to register an annual growth rate of 10.1% in its high net worth (HNW) population starting 2018, standing at the fourth among the world's top 10 fastest-growing HNW countries in the 2018 – 2023 period, stated data firm Wealth-X.
Go Back 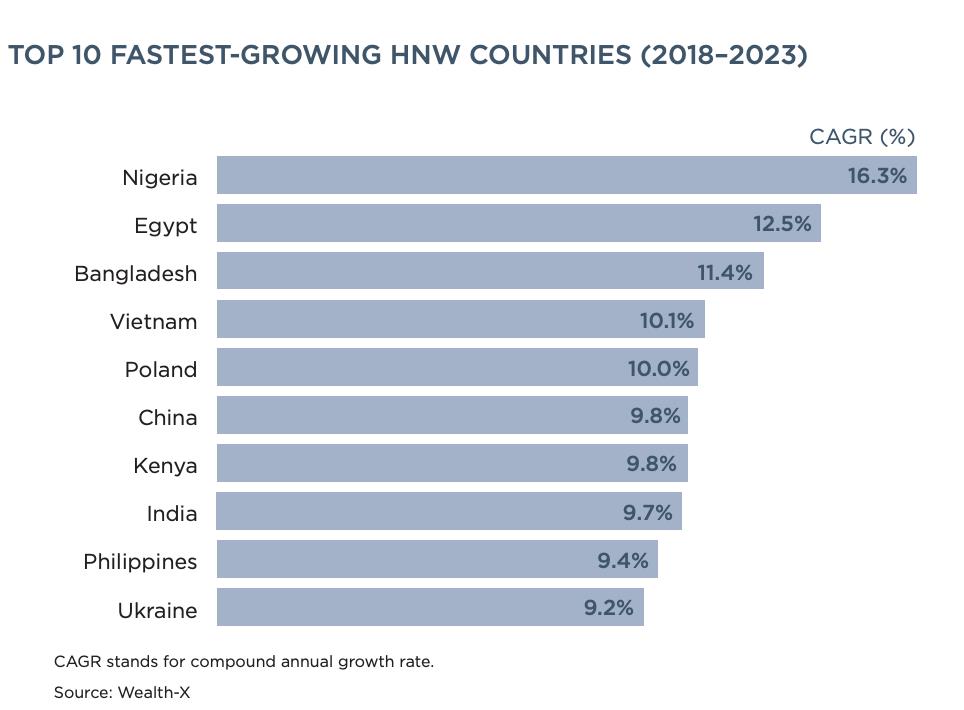 According to Wealth-X, the world’s HNW population – individuals with a net worth of US$1 million-US$30 million – rose by 1.9% to 22.4 million, an increment below the rate of global economic growth. Their combined wealth also grew by 1.8% to US$61.3 trillion.

While most parts of the world witnessed an increase in the number of wealthy person, Latin America and the Caribbean saw the biggest decline in both HNW population and its wealth, followed by Africa.

North America contributed the largest number of wealthy people with nearly 9.2 million, or 40% of the world’s HNW population.

Wealth-X uses a proprietary database of more than 540,000 records of HNW individuals across the globe to forecast global wealth growth in the next five years, factoring in the current asset value, projection on population growth and future investment opportunities.

In Wealth-X previous report, Vietnam is also included in the top three fastest growing ultra-high net worth (UHNW) countries in the 2012 – 2017 period, registering an annual growth rate of 12.7%.

The ultra-wealthy population is defined by having US$30 million or more in net worth.