Vietnam on track with improving investment climate
Recent positive movements in Vietnam’s investment-business climate are expected to make the country more attractive to the global business community.
Go Back 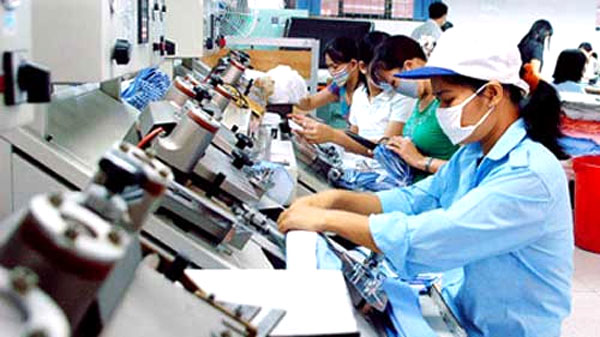 Investors attending the upcoming annual Vietnam Business Forum (VBF) early next month are waiting with baited breath for Minister of Planning and Investment Bui Quang Vinh to introduce the implementation guidelines of Decree No.118/2015/ND-CP detailing and guiding the implementation of some clauses in the new Law on Investment.

With the introduction of Decree 118, six guiding decrees of the laws on Investment and Enterprises were completed.

This new complements the World Bank’s (WB) Doing Business 2016 report which moved Vietnam up three notches in the ranking, from 93rd last year to 90th position.

Crucially, the country has seen a marked improvement in business start-up times, energy access, credit access, social insurance, and the curbing of bankruptcy.

The Doing Business 2016 report was compiled prior to the enforcement of the laws on Investment and Enterprises, so the changes brought about by these two crucial laws should facilitate investment-business activities even further.

As such, WB experts have forecast another jump in the rankings next year. Another statistic raising Vietnam’s profile is its being ranked second out of 10 ASEAN countries based on its implementation of the ASEAN Economic Community (AEC) commitments, just behind Singapore.

A series of policies were amended to comply with the commitment in each particular field, from tax reduction in light of the Common Effective Preferential Tariff scheme (CEPT), and ASEAN Trade in Goods Agreement (ATIGA) commitments, to market openness in diverse fields as distribution, banking, insurance, and telecommunications.

Following the conclusion of the Trans-Pacific Partnership (TPP) negotiations, Vietnam’s position on the regional and international investment map has been enhanced.

In the recent Vietnam-Japan emerging researchers’ forum discussing partnership opportunities for Vietnam’s inclusion into the AEC, Masahiro Kawai, an expert at the Graduate School of Public Policy in the University of Tokyo asserted that Vietnam was at an important stage to attract a new wave of direct foreign investment and deepen its engagement into the regional and global value chain.

Kawai underlined the similarities between Vietnam in its current stage and Japan in the 1970s when it began to take off as a world-leading economy.

In the past year, the Vietnamese government has made strenuous efforts to improve its business climate, such as the review and introduction of the list of 267 conditional business fields attached to the Law on Investment.

“This reflects the Vietnamese government’s commitment to ensuring a transparent investment-business environment. Also, the Ministry of Planning and Investment has been entrusted to continue reviewing and presenting the list on the national business information portal,” said Minister Vinh to investors at the mid-term VBF in mid-2015.

Although this work has yet to be fully completed, the recently-approved Decree 118 has clearly regulated the principles applicable to foreign investors. For example, Decree 118 stipulates that foreign investors doing business in diverse operational fields must fully satisfy the investment conditions of these fields.

According to Dunn, to attract quality FDI, Vietnamese firms must be given opportunities to accumulate capital and expertise, as well as tackle other bottlenecks to bolster their competitiveness.

“Clearly defining the benefits of free trade agreements (FTAs) is necessary to introduce suitable policies that can make the most of such agreements. It took 20 years for East Asian countries to flourish from their FTAs. I believe Vietnam could do the same based on their inner improvement efforts,” Dunn said.