Home » Press » Vietnam productivity has improved but is still too low

Vietnam productivity has improved but is still too low
The report that Vietnam’s productivity is even lower than that of Laos has sparked concern.
Go Back 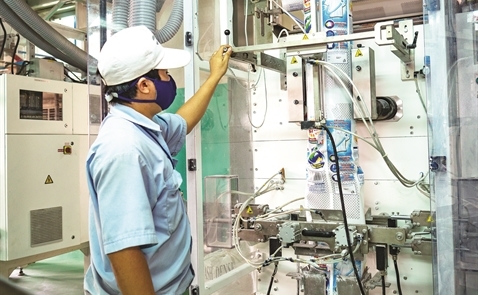 The GSO’s (General Statistics Office) 2017 report on socio-economic situation showed that the productivity of Vietnam economy in accordance with 2017 prices was estimated at VND93.2 million per worker ($4,159), an increase of nearly VND10 million per worker compared with 2016.

The reports released several months ago by some organizations showed that Vietnam productivity is just equal to 7 percent of Singapore and 17 percent of Malaysia.

However, there are still problems.

First, if calculating productivity in accordance with a comparable price in 2010, the productivity of Vietnam economy in 2017 would increase by 6 percent over 2016 and the average growth rate in 2011-2017 would be 4.7 percent per annum.

Many economists that Vietnam economy has been growing rapidly thanks to the sharp increase in investments.

A recent report by the head of the Vietnam Economics Institute Tran Dinh Thien pointed out that the rise in investment capital in 2011-2017 was 9 percent per annum.

Vietnam’s improvement in growth quality has been going slowly, and no one can be sure that the productivity is increasing proportionally with the real income of laborers.

Second, foreign invested enterprises (FIEs) made a great contribution to Vietnam’s high GDP growth rate of 6.81 percent in 2017. However, as the factories set up by FIEs in Vietnam do mostly simple work and outsourcing for foreign companies, the added value created by the economic sector doesn’t belong to Vietnamese.

In principle, the expansion of the size of the economy will lead to increase in productivity. However, the improvement has not been that substantial.

Third, the World Bank, at a forum held in mid-December 2017, once again warned that low productivity is a problem. Vietnam will find it difficult to maintain a high growth rate and catch up with regional countries.

Analysts stressed that the World Bank in 2015 noted the same concern when the productivity growth rate was only 4 percent.