Home » Press » Vietnam property market: to buy or not to buy?

Vietnam property market: to buy or not to buy?
Recently I gave a talk to a group of expats buying in Vietnam which is a hot topic I am regular asked about as a foreigner myself. This is all well and good for the expat few that do buy but what about the rest of the market? The majority of the market? What impact has the legislation had in encouraging the average Vietnamese buyer to purchase property?
Go Back 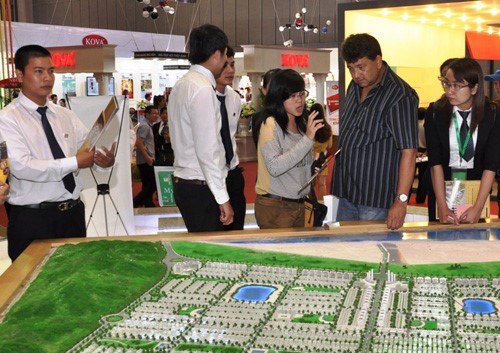 When the Vietnam’s National Assembly passed on November 25, 2014, the long-awaited (now not so new) amended Housing Law that finally addressed the issue on foreign ownership of properties, we in the industry had no idea what to expect. Now, almost 1.5 years on, this single piece of legislation has (supported by fortunately favourable market conditions) helped to drive the Vietnam real estate market from what was considered toxic oblivion pre 2015 to becoming one of the more attractive markets in the region. You want to know the best thing about it? Now foreigners have a slice of the pie – well, perhaps more of a bite than a slice.
The Vietnam residential market had seen very sluggish growth leading up to 2015 due to a number of factors including the previous restrictions on foreign ownership; the lack of quality developments; a speculative bubble from 2006 to 2008; the small size of the leasing market and more attractive and transparent investment opportunities elsewhere in the region. However, the new legislation played a major role in addressing many of these issues and even removed some of those cumbersome conditions that foreigners previously faced making Vietnam somewhat “sexy” again.
So how does the foreign ownership law impact expats living in Vietnam and foreign investors? Allow me to sum this up for you.
WHO CAN BUY? Individuals – all foreigners who are granted a visa to Vietnam are allowed to buy residential properties in the country. Entities – All foreign investment funds, banks, Vietnamese branches and representative offices of overseas companies are eligible to buy.
TYPES OF PROPERTY All types of residential sector properties including condominiums and landed property such as villa and townhouses within a development project (previously only applicable to condominiums).
VOLUME There is no limit on the number of units a foreigner can buy, but the total number of dwelling units owned by foreigners must not exceed 30% of the total units in one condominium complex, or not exceed 10% of landed property within a development project.
PURPOSE OF PURCHASE The properties owned by foreigners can be sub-leased, inherited and collateralized (previously only for owner occupying purpose and not to be rented out).
TENURE The tenure allowed to foreign individuals buying homes is a 50-year leasehold with renewal possibility upon expiration, which remains unchanged. Foreign individuals married to Vietnamese citizens are entitled to freehold tenure.
Opening the gates of the local property market wider to foreigners proved to be a very positive step in the right direction and it could not come sooner as far as I’m concerned.
However, with the gate swung open, affordability now reigns as the major issue impacting investors as property prices in Hanoi and Ho Chi Minh City have hit record high’s.
So how have the legislative changes impacted foreigners living and working in Vietnam and more importantly, Vietnam’s property sector itself?
If my own experience is anything to go buy, I would say positive. Having spent almost 6 years living and working in Vietnam I took the dive to invest in Vietnam property myself. I was actually one of the first handful of foreigners who took advantage of the new foreign ownership legislation. The fundamentals worked for me. However, to comment on the Vietnam property sector itself, I personally think it is a little too early to tell.
But hey, I have been wrong before and strong interest monitored at recent launch events for residential projects in Ho Chi Minh City is proving otherwise … for now.

* The writer is director of real estate services firm JLL. The opinions expressed are his own.