Vietnam to raise IPO standards to minimize risks for investors
According to the government’s report, since more than 81 percent of the country’s public companies have charter capital of over VND30 billion, the revision thus will affect only a minority of firms.
Go Back 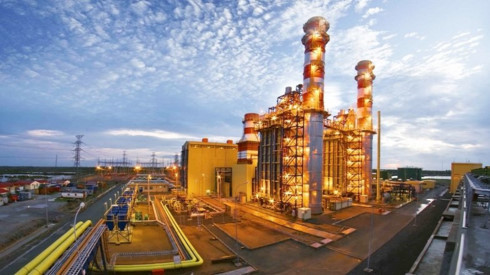 Stricter regulations on making initial public offerings (IPO) will be required for Vietnamese firms to reduce risks for investors.

The government has recently submitted to the National Assembly for consideration the draft revised Law on Securities, in which charter capital of a public company is proposed to triple to VND30 billion (US$1.29 million).

According to Minister of Finance Dinh Tien Dung, the revision is aimed to prevent firms from issuing shares worth many times of their equity.

Dung reported the average capital of Vietnamese firms have surged 16.35 times in the last 10 years, adding the VND10 billion (US$428,700) minimum capital currently set for a public company is low compared with the size of local firms and a company with capital of only VND10 billion will in any case have difficulty operating in the stock market.

“The low charter capital requirement has led to many companies going public, but after a short time asking to have the ‘public’ status removed,” Dung said.

Regarding the private placement of public companies, Dung said that the current legislation does not regulate the conditions for participants and restrictions on transfer. Therefore, in fact, there are cases where firms take the loophole to make private placements instead of offering shares to the public with the aim to avoid having to comply with strict conditions.

Most delegates at the National Assembly’s Economic Committee agreed with the revision, saying it will help improve the quality and stability of shares in the market and reduce the risk for investors.

According to the government’s report, since more than 81 percent of the country’s public companies have charter capital of over VND30 billion, the revision thus will affect only a minority of firms.

However, Vu Hong Thanh, head of the committee, said that the government still needs to further assess the socio-economic impacts of the proposal as there remain objections that can prevent small and medium-sized enterprises from mobilizing funds on the stock market.

Vietnam beat Singapore to become Southeast Asia’s top grossing market for IPO in 2018 with total proceeds of US$2.6 billion, as the government advanced its privatization of state-owned enterprises, including PV Power, Vietnam Rubber Group and Vietnam Southern Food Corp, according to Earnst & Young.

However, besides raising the IPO standards, experts said it is also necessary to improve transparency and quality of information disclosure to lure a larger amount of investment capital in the country’s stock market.

Nguyen Duy Hung, CEO of Saigon Securities Inc., said that the securities market should be the most important equity financing source for local companies, but still weighing on the confidence of both domestic and foreign investors in local firms are the transparency and quality of information disclosure, which had not been ensured.

“We need to build the securities market and turn it into a channel, helping local firms attract capital investment. But key issues are market transparency and confidence,” he noted.

To improve transparency and help investors avoid potential risks, Hung said that intermediary financial firms should be empowered to develop market indices as they were the ones that closely worked with the market and investors.

In addition, he added, local firms must be audited by independent auditing firms such as the “Big Four” – KPMG, Deloitte, Earnst & Young, and PwC – to raise their quality and accuracy of information disclosure.