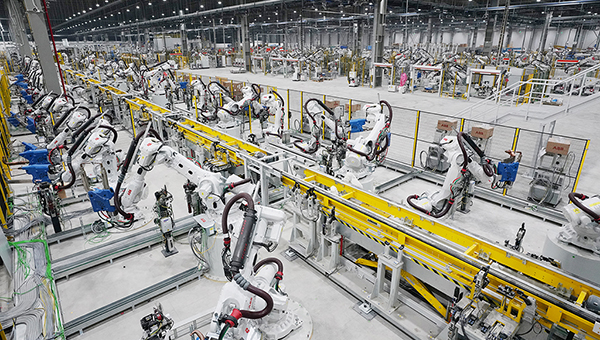 VinFast expects to sell its first cars in September this year

According to Nguyen Mai, chairman of the Vietnam Association of Foreign Invested Enterprises, in the digital age, transnational corporations (TNCs) are focused on contribution margins by seeking potential markets without making any capital contribution, usually known as NEMs.

NEMs have been implemented in many nations when it shifts from the supply chains of low-added-value products to those of high ones. This is because NEM allows TNCs to regulate activities of all supply chains, creating opportunities to producers and domestic suppliers in joining global chains.

In Vietnam, several firms have taken the initiative in approaching and implementing NEMs, Mai said, adding that Vingroup’s production of VinFast cars and Vsmart smartphones are typical examples, in which Vingroup cooperated with foreign companies to make the products.

VinFast signed technological co-operation contracts with some major European automobile groups, such as Germany’s BMW, Siemens AG and Robert Bosch GmbH, Austria’s Magna Steyr, Italy’s Pininfarina, and Thailand’s Aapico Hitech, to manufacture its own cars. Such kind of the investment has enabled the Vietnamese group to sell its first products due in September this year, just two years after it started construction of its factory.

Besides, in December last year, Vingroup also made a debut of four lines of Vsmart-branded smartphones following its cooperation with Spanish technological firm BQ, whose 51 percent stake is held by VinSmart. The products were produced less than six months after the VinSmart plant was established in northern city of Haiphong. It is hoped that the plant will annually produce five million smartphones in its first phase.

VinFast and VinSmart are typical of Vietnamese firms co-operating with foreign partners to create and consolidate their own strength via technological transfer, without any capital contribution from overseas partners.

It is expected that many Vietnamese economic groups will follow suit, so that they can shorten the time needed for their development.

According to Mai, NEMs generate bigger benefits to receiving countries because the new forms of investment enabled producers in those countries to integrate into the global value chain.

Therefore, he said, it is necessary for Vietnam to get updated about the investment forms by TNCs to modify foreign capital policies to attract high-quality capital inflow.

Vietnam’s new-generation FDI attraction strategy, which has been drafted jointly by the World Bank, the International Financial Corporation and the Ministry of Planning and Investment, has also underlined the need for Vietnam to pay attention to NEMs.

Direct investment and NEMs will not eliminate each other, the draft strategy said, adding TNCs will participate in the receiving markets through NEMs first then decide to buy equity through the foundation of subsidiaries or venture companies later.

Policies therefore should focus on not only attracting foreign direct investment but also NEMs, the draft said. In addition, policies must be developed with appropriateness to the development of the global value chains together with enhancing Vietnam’s production capacity and competitiveness.