Vietnam records $1.8b trade surplus so far this year
The country posted a trade surplus of nearly US$1.8 billion in the first seven months of this year, according to the General Statistics Office (GSO).
Go Back 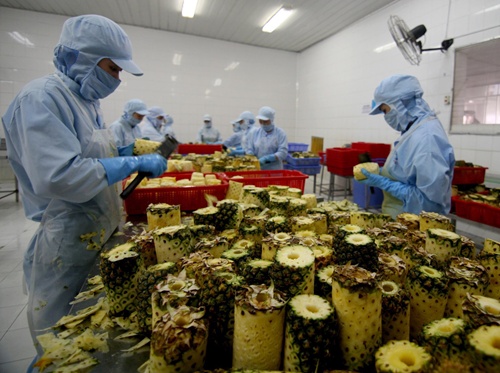 GSO experts attributed the surplus to a rise in export values, while import revenues declined.

The nation’s export turnover during the period rose 5.3 per cent year-on-year to $96.83 billion, while its import value saw a modest reduction of 1 per cent to more than $95 billion.

Of export turnover, foreign-invested businesses generated $68.9 billion, up 6.5 per cent year-on-year, while the remainder of $27.93 billion came from domestic firms, surging 2.5 per cent on-year.

As for imports, machines, equipment, oil and gas, as well as many raw materials, which account for nearly 92 per cent of the country’s total import values, dropped 5.8 per cent year-on-year to $15.4 billion in seven months.

From January to July, Viet Nam imported $27.4 billion worth of goods from China, nearly four times and five times higher than figures from Japan and the EU.