Vietnam regulator pledges measures to lure foreigners to stocks
Vietnam’s securities regulator is planning new measures in the second half of 2015 to lure more foreign investors to a stock market that’s outperformed Southeast Asian peers this year.
Go Back 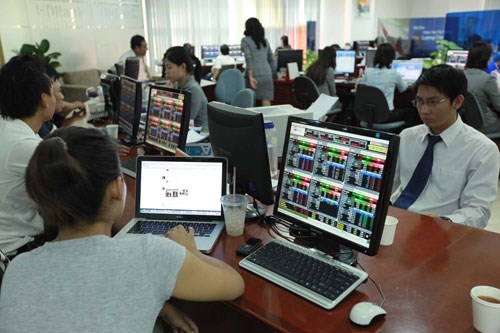 Vietnam’s securities regulator is planning new measures in the second half of 2015 to lure more foreign investors to a stock market that’s outperformed Southeast Asian peers this year.

The government wants to speed account-opening procedures for overseas investors, accelerate the share-listing process, cut the trading settlement period to two days from three, and force listed companies to release information in both Vietnamese and English, Nguyen Thanh Long, vice chairman of the State Securities Commission, said in an interview Wednesday.

“We want to remove all the barriers to the stock market,” Long said at his office in Hanoi, without specifying when the measures will be introduced. “We expect more institutional investors to come.”

Regulators see foreign investment as one of the keys to growing the country’s stock market, where average daily trading volume of about $86 million on the main Ho Chi Minh City Stock Exchange is about one-tenth that of Singapore, the region’s largest bourse. While overseas investors have been net buyers of $216.5 million of Vietnamese stocks this year, heading for a tenth straight annual purchase, capital inflows are still typically dwarfed by other Southeast Asian markets.

The benchmark VN Index has rallied 16 percent this year as the economy grew at the fastest quarterly pace since at least March 2013 and inflation slowed to 1 percent, from a peak of almost 28 percent in 2008, and the government made progress in tackling bad debts that had crippled the banking system.

The government last month issued a decree to allow investors to increase holdings in certain industries to 100 percent from a current cap of 49 percent. The plan was delayed last year after originally being proposed in 2013.
Long said the guidelines for the decree will be finalized “very soon,” without specifying a timeframe.