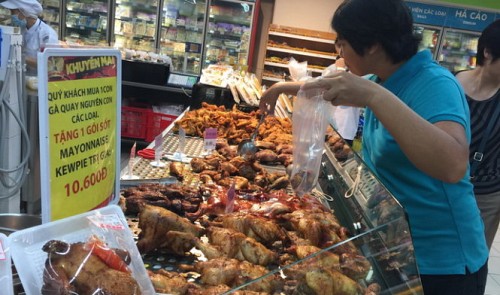 Malaysia posted the region’s second largest drop in consumer confidence, going from 104 in the first quarter to 89.

Vietnam, the Philippines, Indonesia, and Thailand are among the top ten most optimistic markets globally, despite their index declines, according to Nielsen.

The Philippines and Indonesia’s consumer confidence index both scored 120 in the second quarter, and Thailand, 111.

Consumer confidence levels above and below a baseline of 100 indicate degrees of optimism and pessimism, respectively.

The survey for the second quarter was conducted between May 11 and 29, polling more than 30,000 online consumers in 60 countries throughout Asia-Pacific, Europe, Latin America, the Middle East/Africa and North America.

“Consumers from Southeast Asia continue to show the highest optimism globally in the second quarter with an index score of 112, far-surpassing the global consumer confidence score of 96 points,” Nielsen said in a press release on Monday.

“Vietnam [is] starting to face headwinds such as declining foreign direct investment and a struggling retail environment,” he said.

Besides being the most optimistic, Southeast Asian consumers continue to be among the world’s most conscientious savers, with seven in 10 funneling their spare cash into savings, according to the report.

Consumers in Vietnam are the biggest savers globally, with 73 percent putting aside cash for a rainy day.

Fifteen percent of Vietnamese consumers are channeling their spare money into building their retirement fund.

As the general cost of living continues to increase across Southeast Asia, 86 percent of consumers in Vietnam have adjusted their spending habits over the past 12 months in a bid to reduce household spending, according to the report.

In the meantime, 60 percent of Vietnamese consumers are spending less on new clothes.

Increasing fuel prices are the biggest concern of Vietnamese consumers in the next six months, the Nielsen report shows.

“The Vietnam retail environment has evolved from one of the fastest growing markets in 2012 to one that’s struggling to remain in growth,” said Vaughan Ryan, managing director with Nielsen Vietnam.

“Consumers are feeling less optimistic about their immediate future, but they are confident in the longer term, as most expect the economy will improve in the year ahead.”

Nielsen is a global performance management company that provides a comprehensive understanding of what consumers watch and buy.