Vietnam remains an M&A magnet
Despite recent drops in the VN-Index, Vietnam is still seen as a major destination for mergers and acquisitions in Asia.
Go Back 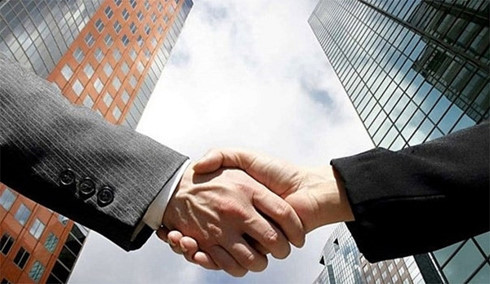 After a period of intense growth, the Vietnamese stock market is going through a corrective period, with the VN-Index tumbling from its 10-year high of 1,204 points on April 9 down to 899 points on July 5.

For the past two weeks, the market has been on the path to recovery, but it remains susceptible to external forces, such as rate hikes by the US Federal Reserve and the escalating trade war among China, the US, and Europe.

There are concerns that this dip in listed stocks will affect Vietnam’s mergers and acquisitions (M&A) market, which reached US$5 billion in 2017. The majority of blue chips in the stock market have lost 10 to 20% of their value since April, and daily liquidity remains under VND5 trillion (US$216.7 million).

Such a bearish market could be seen as a roadblock to major state divestments, as well as hindering the upcoming share sales of various firms. However, experts believe that the self-correcting stock market will not have a big impact on Vietnam’s long-term appeal as an M&A haven in Asia.

Nirukt Sapru, CEO of Vietnam, ASEAN, and South Asia cluster markets at Standard Chartered Bank, told VIR that Vietnam has a number of crucial advantages which M&A investors will not pass over.

Sapru expected Vietnam to see deals worth US$4 billion in the near future. He also admitted that the external trade war could negatively affect M&A investors who want to take advantage of Vietnam’s export power. But the effect will be more muted for investors who focus on Vietnam’s burgeoning domestic market.

In the first half of 2018, the market has witnessed a number of high-value M&A deals in Vietnam, notably US$1.3 billion from Singapore’s sovereign wealth fund GIC to real estate developer Vinhomes, and US$922 million from various investors to commercial bank Techcombank. Smaller deals include US$100 million of equity raised by Yeah1 Group prior to its listing, US$160 million of international bonds by Novaland, and US$260 million worth of three-year bonds by HDBank.

For the first four months of 2018, inbound capital via M&As in Vietnam reached US$2.26 billion, up 67% year-on-year, according to reports by Saigon Securities Incorporation (SSI).

This capital injection via M&As in early 2018 has positively contributed to Vietnam’s stable macro-economy, but has little effect on the stock market, concluded the SSI analysts.

It is notable that Asian investors are the most enthusiastic bidders, explained Oliver Massmann, general director of Duane Morris Vietnam LLC. Most Asian investors come from nearby markets such as Thailand, the Republic of Korea, Japan, Hong Kong, and China.

Despite generally positive remarks, market participants agree that the bearish stock market could cause a slowdown of high-profile deals, at least in the short term.

Viet Capital Securities (VCSC), the advisor in various cross-border transactions such as VPBank, Techcombank and Big C Vietnam, noted that a number of M&As are being delayed due to the market decline.

VCSC is advising about 10 firms in various sectors, from finance and manufacturing to real estate. If these deals come into reality and the stock market recovers, they can bring several billion US dollars into Vietnam.

The sluggish stock market also hampers the state divestment process, especially in the case of big firms such as Binh Son Refining and Petrochemical JSC, PV Oil, and PV Power. These firms have chosen to offload shares, intended for strategic partners, via the stock market instead.

“Share sales via the stock exchange are more ideal from a political perspective, but the process will take a long time,” said Ketut Ariadi Kusuma, senior financial expert from the World Bank.

Experts agree that in the list of challenges faced by M&A investors, short-term ups and downs in the stock market are ranked lower than Vietnam’s under-developed legal framework. As the country is still new to cross-border M&A transactions, a number of problems could be seen in previous deals. The problems include foreign exchange, timelines, and registration requirements.