Vietnam rises 12 spots on global competitiveness index
The new position of Vietnam in the global rankings of competitiveness is 56, as announced on Wednesday by the World Economic Forum (WEF).
Go Back 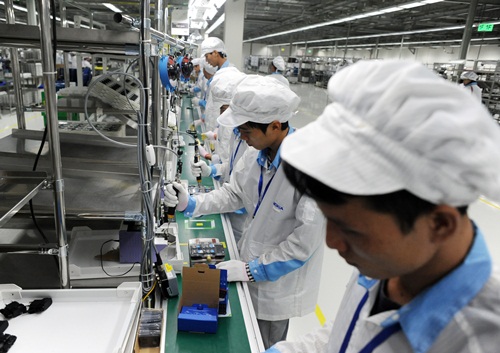 This information was provided in the Global Competitiveness Report 2015-2016. In Southeast Asia, Vietnam ranks 6th, after Singapore (2), Malaysia (18), Thailand (32), Indonesia (37) and the Philippines (47). In the region, Vietnam had the strongest growth.

The evaluation criteria were divided into three groups, including basic requirements (macroeconomic, fundamental education – healthcare, infrastructure, institutions); advanced factors (higher education, the efficiency of the labor market, the efficiency of the commodity market, the development of the financial system, technology, and market scale); and sophisticated breakthrough factors (the sophistication of the enterprise system, breakthrough capabilities).

Of these groups of criteria, Vietnam scores the highest for basic requirements, with 4.54 points, ranked 72nd. A small number of criteria also improved: macroeconomy (69th), the efficiency of the commodity market (83rd), infrastructure (76th), market size (34th) and technology (92nd).

Worldwide, the most competitive economy this year was Switzerland, followed by Singapore and the US. Last year, emerging countries such as Saudi Arabia, Turkey, South Africa, Brazil and India fell in the rankings, but this year India climbed up by 16 spots, to 55th. However, Brazil fell to the strongest level among the BRICS, down to 75th.

China, the second largest economy in the world, remained at 28th.

The group of emerging and developing economies in Asia has had the fastest economic growth in the world since 2005 and is forecast to maintain this position in the medium term. The region currently accounts for 30% of global GDP; China alone contributed 16%.