Vietnam seafood businesses look forward to TPP
With nearly half of their exports going to the 11 other countries that are set to sign the Trans-Pacific Partnership with Vietnam, seafood businesses have become the latest supporters of the controversial and secretive free trade agreement.
Go Back 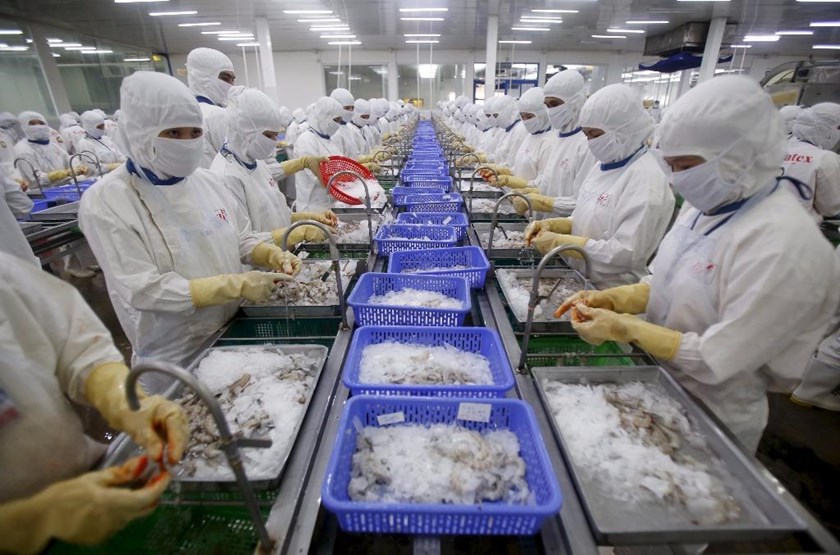 With nearly half of their exports going to the 11 other countries that are set to sign the Trans-Pacific Partnership with Vietnam, seafood businesses have become the latest supporters of the controversial and secretive free trade agreement.

In its recent analysis of the likely impacts of the TPP, the Vietnam Association of Seafood Exporters and Producers said local seafood exporters would benefit since the signatories are set to reduce or eliminate 90 percent of import taxes.

For instance, Japan — the second largest buyer of Vietnamese tuna after the US – has for long imposed higher taxes on Vietnamese products than on those from other ASEAN countries.

But it recently removed import taxes on tuna and salmon imported from other TPP members, and this would possibly increase Vietnamese tuna exports to that country by 5-15 percent next year, the association said.

Le Van Quang, CEO of Minh Phu Seafood Corporation, does not expect a considerable increase in Vietnamese shrimp exports to most of the other TPP nations. He said they have already signed bilateral trade agreements with Vietnam, meaning the new pact would not cause much change to tax policies.

However, Quang expects Vietnamese shrimp exports to the US to rise dramatically because the two countries have not signed any trade agreement yet.

With local supplies running out, Vietnamese seafood producers also expect the TPP to bring them cheap raw materials from countries like Malaysia, Mexico, and Peru.

The positive forecasts come even as Vietnam’s seafood exports have plunged because of the economic situation.

Vietnam shipped US$4.69 billion worth of seafood products in the first nine months, down 17.8 percent year-on-year.

Declines were reported in most of its key markets like the US, with total seafood exports falling by 20 percent this year, and frozen shrimp shipments dropping by 43 percent.