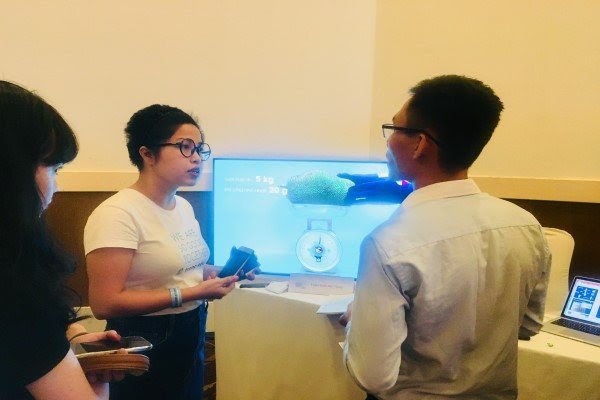 Customers inspect farming products at a market in HCMC

The Consumer Confidence Index in the Asia Pacific region remains high, rising two points from 112 points in the second quarter to 114 in the third quarter of 2018, according to the latest issue of The Conference Board® Global Consumer Confidence Survey, in collaboration with Nielsen, a global information and measurement company.

The indexes of Vietnam and Malaysia were 129 points and 127 points, respectively, surpassing Indonesia and the Philippines to rank among the top three most confident countries globally.

The strong growth was the result of the confidence in personal finances and the level of willingness to spend by the Vietnamese. “We can see the consumer change in attitude in a more positive way for themselves and their families. Therefore, manufacturers and retailers need to capture the latest trends in the consumer market and need to act faster to respond to the needs of consumers,” she said.

At the same time, they are ready to spend, with 63% of consumers stating that the next 12 months would be a good time to buy the things they want and need (+8% compared with the second quarter).

Consumers’ concerns for having a stable job (40%) and health (40%) have dropped by 6% and 2%, respectively, compared with the second quarter of this year. However, they remained the top concerns among Vietnamese consumers in the third quarter.

Meanwhile, 27% of respondents claimed that the national economy was their third concern. The remaining concerns were work/life balance (25%), parents’ welfare (13%) and rising utility bills (9%).

“Although job stability and health are the two greatest concerns of Vietnamese consumers, compared with the previous quarter, the interest in these two factors in the third quarter of 2018 is more influenced by the economy, family and daily living expenses,” said Quynh.

She explained that when consumers face multiple concerns, their purchase decisions are affected accordingly. Thus, businesses must always keep a close track of changes in the spending habits of consumers.