Vietnam seeks foreign investment for power generation
State utility Vietnam Electricity Group (EVN) has called for foreign firms to invest in the industry by getting involved in power generation projects or buying shares at State-run power companies.
Go Back 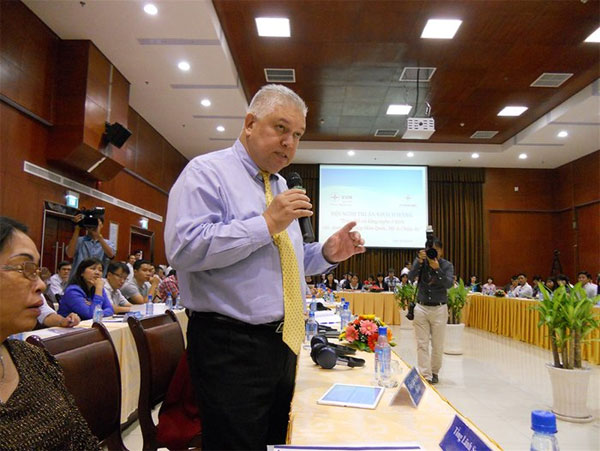 Speaking at a meeting with foreign enterprises last week, EVN said that from 2020 onwards, EVN would cease investing in all power projects but nuclear and thermal power plants in southern Vietnam, paving the way for foreign investors to increase their presence in the power generation industry.

Foreign investors are involved in 33 projects under the build-operate-transfer format, EVN chairman Duong Quang Thanh said at the meeting.

Under its equitization plan, EVN will only own strategic power plants and projects serving several purposes like flood control and irrigation from 2017, so the industry will be opened up to local private and foreign enterprises.

At the conference, Jean Pierre Guill from Aston asked if Vietnam has a long-term investment plan designed to meet soaring electricity demand and to guarantee stable power supplies for foreign investors here in the country.

According to HCMC Power Corporation (EVN HCMC), when power consumption surges in peak months like November and December, the company will find ways to reduce power cuts by 20% and fix power supply failure incidents within 75 minutes or less.

Regarding power supply for enterprises, Thanh of EVN said the country’s total power generation capacity is 38,800 MW, with a backup capacity accounting for around 20%. With the existing supply sources, EVN can meet annual power consumption growth of 11-12% in the next five years, he added.

According to Thanh, many local and foreign enterprises have got involved in power generation projects. Three years after the competitive power market in Vietnam came into life in 2012, electricity offerings at market prices make up more than 40% of the total while the remainder is purchased by EVN via direct contracts with producers.

EVN will launch a competitive wholesale market on a trial basis in 2016 and 2017 before it is made formal in 2018. All enterprises with high power demands will be able to buy at competitive prices, instead of purchasing from EVN-affiliated power companies.