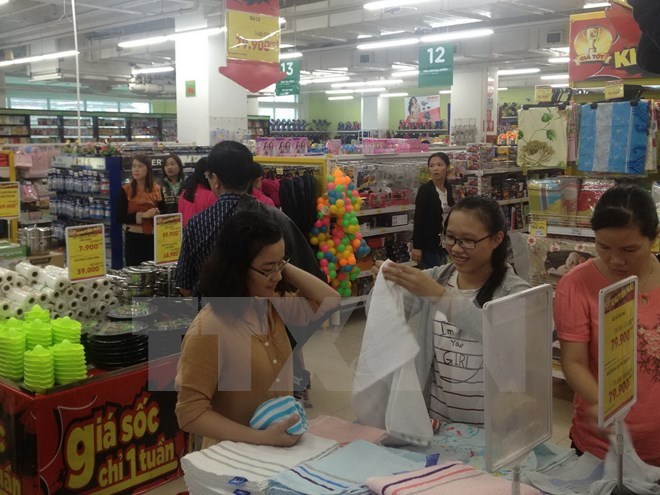 The information was heard at the 2015 Vietnam Retail Forum in Hanoi on December 9.

The country’s middle class, the most promising consumers of retailers, is forecast to triple by 2020.

Speaking at the forum, Duong Duy Hung, deputy head of the Department of Domestic Market under the Ministry of Industry and Trade, said Vietnam has opened its door to dozens of multinational retail groups since the country joined the World Trade Organisation (WTO) five years ago.

Domestic retailers, despite previous concern over their passive acts amid fierce competition, has tailored themselves to the new context and gradually improved their competitiveness, he noted.

He warned that huge investment waves from foreign firms are posing numerous challenges to the local ones, which was urged to foster innovation to survive.

President of the Vietnam Retailers Association DinhThi My Loan agreed, stressing that domestic retailers still lag behind foreign peers as they lacklong-term strategies and financial resources.

She called on the local firms to learn from international practices, especially in Japan, the Republic of Korea, Singapore and Thailand, while restructuring themselves and set up chains of shops, small- and medium-sized supermarkets, and convenient stores to regain market share in the home playground.

Echoing these opinions, Chau Ngoc Hanh, head of Retailer Service at Nielsen Vietnam said big fish eating little fish is only a has-been, it’s time for the fast fish to eat the slow one.

More and more consumers in Vietnam prefer online shopping and getting their orders brought to the door thanks to its convenience, she explained, saying that today any firm which can serve it faster will have competitive edges.

About 22 percent of responded consumers in the country said they would rather go shopping in convenient stores than shopping malls.