Vietnam sees new movement of FDI inflows
Nearly halfway through 2019, Vietnam has begun to see a new noticeable transition in its foreign direct investment (FDI) inflows, with Chinese investment in the Southeast Asian country reporting a sharp rise.
Go Back 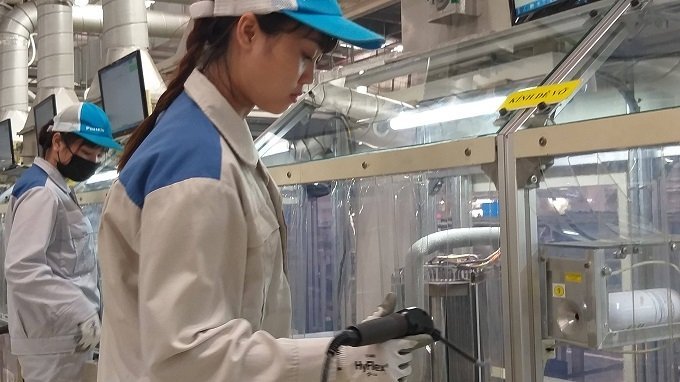 In the last five months, Vietnam’s FDI attraction reached a total value of US$16.74 billion, up 69.1% over the same period last year.

The FDI pledges from foreign investors increased regarding all three components, including registered capital for new projects, additional capital for existing projects, and capital contribution and share purchase.

Currently, there are 131 countries and territories with valid investment projects in Vietnam, of which the Republic of Korea (RoK), Japan and Singapore claim the top three places.

However, since the beginning of the year, FDI inflow from China into Vietnam has been surging significantly, with Chinese investors’ projects beginning to make the list of large projects subject to being licenced each month, including the US$280 million ACTR tire manufacturing project in the southern province of Tay Ninh and a US$214.4 million project by the Advance Vietnam Tire Co., Ltd in the Mekong Delta province of Tien Giang.

During the January-May period, China committed US$2.02 billion worth of investments in Vietnam, with the sharpest rise seen in the registered capital for newly licenced projects, closely approaching the total pledges of more than US$2.46 billion for the whole 2018.

Throughout Vietnam’s 30 years of FDI attraction, China has been the seventh largest investor in the Southeast Asian country with a total registered capital of nearly US$15 billion, which has shown a rapid uptrend over recent times.

Specifically, in 2018, China ranked fifth among the countries and territories investing in Vietnam.

In the first five months of 2019, China rose to third and fourth place, depending on each month, and even claimed top spot on the scale for newly registered capital.

It is clear that Chinese investors’ interest in the Vietnamese market has moved to a new level.

Recently, Vietnam and China organised many two-way trade and investment promotion activities aiming to introduce high-quality projects and calling on Chinese enterprises to expand their investments in Vietnam.

A number of Chinese companies have chosen Vietnam as their destination thanks to its modern infrastructure and high quality labour forces at reasonable prices.

The hike in FDI inflows from China into Vietnam caused little surprise as it was anticipated due to the impact of the ongoing US-China trade war, as well as many Chinese enterprises wishing to leapfrog opportunities brought about by Vietnam’s participation in many new-generation free trade agreements.

Therefore, it is necessary for Vietnam to proactively choose to attract FDI projects with high technology content, ensuring the principle of generating high added value for the economy in accordance with Vietnam’s FDI attraction policy in the new period.