Vietnam sees sharp rises in new companies, reopenings
Vietnam has reported signs of economic recovery this year with big increases in new business registrations as well as comebacks.
Go Back 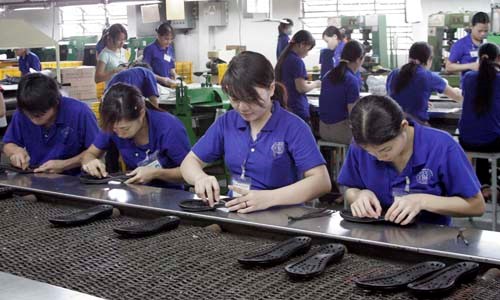 Registrations this year are up in both number and value from the first ten months this year. Photo credit: VnExpress

Vietnam has reported signs of economic recovery this year with big increases in new business registrations as well as comebacks.

Figures from the General Statistics Office showed 77,542 new companies with a combined capital of VND486.1 trillion (US$21.86 billion) were formed during the first ten months this year, up 29 percent in number and 38 percent in the capital value year-on-year.

Together they are expected to create more than 1.15 million jobs.

More than 16,000 suspended businesses have also returned to operation, up 25 percent from the same period last year.

The number of shutdowns dropped slightly to more than 7,600, mostly which were small businesses with registered capital of less than VND10 billion.

A statement from the statistics office said businesses are benefiting from a series of recent reforms including more liberal regulations in real estate and an easing of many restrictions in investments.

The country has forecast the quickest economic growth rate since 2010 at over 6.5 percent this year and has succeeded in controlling inflation and a troublesome blight of bad debts.