Home » Press » Vietnam should not invest in steel

Vietnam should not invest in steel
Former Minister of Planning and Investment, Professor Nguyen Mai, speaks to the Tuoi tre (Youth) newspaper, suggesting that HSG should focus on the manufacture of high grade alloy rather than steel.
Go Back 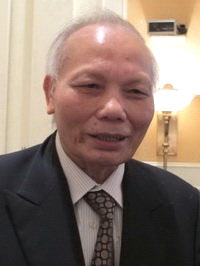 Recently, the Hoa Sen Joint Stock Group (HSG) made public a super project for steel production in central Ninh Thuan Province with a strong commitment on the use of clean technology. The Ministry of Trade and Industry has included the project on the list of the country’s development plan. Did you feel any anxiety upon learning the news?

We should not say that steel mills are always culprits of environmental pollution. What we should focus on is the technology that is applied in such mills.

In our country, the Formosa steel mill is an expensive example for us.

Nowadays, there are various technologies for steel production, but the blast furnace technology is out-dated and only used now in China.

In a recent announcement about the steel project from the Hoa Sen Joint Stock Company (HSG), its Chairman Le Phuoc Vu said that the company would use blast furnace technology. I don’t know where Vu could buy the equipment. Would it be from China?

Until now the Ninh Thuan Steel Mill has not received its environmental impact assessment (EIA). But according to the plan, the project’s ground breaking ceremony will be launched sometime in 2017. Do you think the proposed timetable is being rushed?

In my opinion, to have an EIA for the project is not the most important step – but the investment process.

The EIA is the first step to be done in any project. And it is totally based on theory, not on actual reality. That’s why evaluation of the investment process is more important. Through the investment process plan, we can actually evaluate the quality of the air emissions, water discharges and emitted toxic chemicals among other things.

I should say, for the Formosa project, its EIA was properly done.

With the HSG project which is worth US$10.6 billion, the project’s owner HSG plans to conduct the EIA in only three to four months. I think it is a very tight time slot.

Having a good EIA, like that Formosa had, does not guarantee that everything goes smoothly as it is written in the document. What happened to the sea of the four central provinces is an expensive lesson for Viet Nam in environmental monitoring activities. Here I mean in all aspects, including water discharges, air emissions, waste treatment and others.

So, for the HSG Steel Mill, it should draw on the lessons learned from the Formosa project.

Many steel experts have expressed their special caution about the process of approving a steel mill project. What’s your opinion about the investment capacity committed by HSG?

I seriously recommend that Viet Nam not engage in steel production. That was the path followed by many countries in the 19th and 20th centuries.

China and the USA have produced surplus iron and steel. If we have the money, just import it. What production industry the country should choose depends on its capacity and its real needs, as well as on lessons learned from other nations. We should never follow the beaten tracks of other countries.

Some people have said that steel production is the foundation for the development of the country’s support, processing and manufacturing industries. How do you respond to that idea?

It is an outdated idea! We are now in the process of deep international integration. We should know what our country is good at. For example, instead of investing in steel production, why don’t we focus on the development of telecommunications and technology like Viettel has been doing?

In my own opinion, Viet Nam should not pour its investment into manufacturing cement, iron and steel or oil refineries. Why? At present, we already produce surplus cement and don’t have an export market for it. Regarding the oil refinery industry, we have just about 15 million tonnes of crude oil in deposit while our current production capacity has already reached 45-50 million tonnes. Steel consumption in Viet Nam has already reached its peak mark. In my opinion, we should go into the manufacture of high-grade alloy using advanced technology. The value of one tonne of alloy is equal to 10 tonnes of steel. If HSG decides to invest in that direction, I could not agree more.