Home » Press » Vietnam spends more than it can earn

Vietnam spends more than it can earn
While total receipts of the state in the first four months of the year were VND317 trillion, total expenses reached VND370 trillion. The Ministry of Finance’s April report released on May 9 once again showed that the state budget is limited.
Go Back 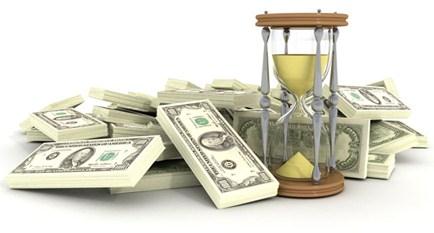 The state budget revenue from domestic sources in the last four months was estimated at VND265 trillion, an increase of 9.6 percent over the same period last year.

The real revenue from imports/export was just equal to 22.6 percent of the estimates, a sharp decrease of 16 percent compared to the same period last year.

About VND57 trillion was spent on investment for development, up by 3.5 percent.

The amount of money spent on debt payment was VND52 trillion, up by 4.4 percent.

The spending on socio-economic development, national defence, national security and administration was estimated at VND261 trillion, up by 5 percent.

The report about the macroeconomy in the first quarter of the year released by CIEM pointed out that though the economic growth rate was low, the state budget revenue still increased significantly.

Though state budget revenue has increased, analysts still are concerned about the difficulties in budget balancing.

“What Vietnam needs to do is to cut out waste in the apparatus,” said Nguyen Duc Thanh, head of VEPR (the Vietnam Institute for Economic and Policy Research).

“If we cannot do this, we will continue to see the budget deficit. And more seriously, all the targets set by the National Assembly will fail,” he warned.

“I hope that the national economy would recover, not only in this year, but in upcoming years as well, which will help increase the revenue and improve the budget balance. However, this will still not come this year,” he said.

conomists and statistical agencies have repeatedly warned about high public debt and the overexpenditures.

The Ministry of Planning and Investment, in a report to the National Assembly in March 2016, pointed out that ‘the total revenue of the state budget is not high enough to cover regular expenses and debt payment. The public debt is on rapid increase and there is pressure on debt payment’.