Vietnam state shipping line seeks to downsize fleet amid losses
Vinalines, the state-controlled shipping company which has made losses and piled up debts for many years, is seeking the government's permission to sell off six cargo ships in a new attempt to pull itself out of financial trouble.
Go Back 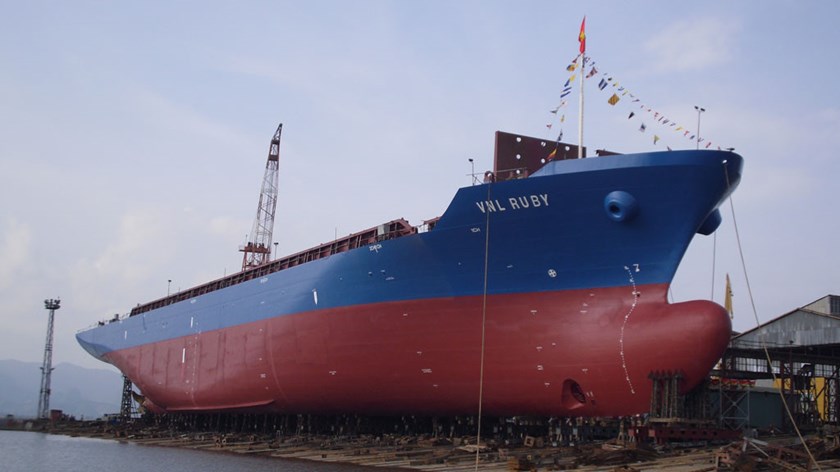 In its letter to the Ministry of Transport, Vinalines proposed to sell the ships, most of which have been in use for over 20 years and were bought from overseas, at around 10 percent of their original prices.

The company was quoted as saying that with sea freight seeing a sharp decline since 2008, it has been struggling to cover the “huge” costs of operating and maintaining the big and old ships.

It said the fact that the ships could not compete with the modern fleet of other companies has too adversely affected revenue.

In fact, all the ships have been suffering losses between 2012-15.

Vinalines said the sale will help it reduce losses and focus resources on developing newer ships.

The ships are among 73 used vessels Vinalines bought for a total of more than VND22.85 trillion ($1 billion) in 2005-10, mostly from overseas, official data showed.

Vinalines began to overhaul its business in 2012 as ordered by the government, after its financial problems came into light. In the years earlier, the company kept posting impressive profits, even as skepticism grew about its real performance.

After being audited in 2011, the group reported huge losses. A government report last year showed that Vinalines had accumulated losses of over VND20.68 trillion ($913.54 million) by the end of 2014.

Early this year the government ordered Vinalines to sell its entire stakes in nine seaports around the country after selling a stake of 65 percent in an initial public offering sometime this year.

It was also required to sell part of its shares in another five ports, including three foreign-invested ones at the complex Cai Mep-Thi Vai in the southern province of Ba Ria-Vung Tau.