Vietnam struggles to cut red tape for businesses
The Vietnamese government is facing a major hurdle in one of its most ambitious attempt to remove legal barriers to investment and business: time is running out while there are still a large number of regulations waiting to be reviewed for the cut.
Go Back 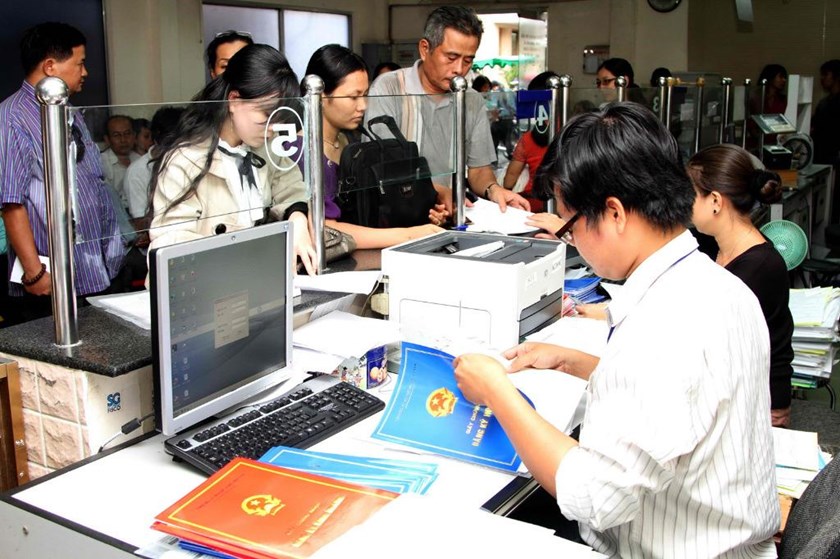 The Vietnamese government is facing a major hurdle in one of its most ambitious attempt to remove legal barriers to investment and business: time is running out while there are still a large number of regulations waiting to be reviewed for the cut.

The deadline for half of the existing business requirements to be removed is July 1.

Under the Law on Investment that took effect last year, only the central government can decide on which conditions businesses have to meet.

That means more than 3,000 legal requirements put forth by ministries and provincial and municipal governments over the years must be reviewed and rid off. The central government will reintroduce rules that it deems necessary.

At a government meeting early this week, Prime Minister Nguyen Xuan Phuc firmly rejected proposals for extending the deadline, as many ministries and agencies claimed they are unable to finish the task in time, news website Dau Tu reported on Wednesday.

In interviews with local media, economists and officials involved in the process clearly believed it is not easy to scrap thousands of legal requirements within months.

In fact, ministries and agencies complained about the shortage of time, even as they supposedly started reviewing their legal requirements around one year ago.

Businesses in Vietnam often have to navigate through a myriad of regulations and restrictions. For instance, to sell alcohol, a restaurant has to apply for a license, under a government decree. The Ministry of Industry and Trade has its own extra paperwork requirements, including proof of contracts between the restaurant and its suppliers as well as quality certificates for the alcohol products.

Time issues aside, there appears to be a lack of political willpower for action.

Bui Thu Thuy, deputy chief of the department of business development under the Ministry of Planning and Investment, told news website VietNamNet that many ministries insist that all of their rules are necessary and should be kept.

Another critic of the underwhelming work of ministries and agencies, Nguyen Minh Thao, deputy chief of the business environment office at the Central Institute for Economic Management, said in the Dau Tu report that she saw no progress in the reform process.

Officials are reviewing the regulations as if they wanted to keep them all, rather than to remove as many barriers as possible, Thao said.

Duong Dang Hue, former chief of the department of civil and business laws at the Ministry of Justice, agreed.

Businesses will not benefit at all if at the end the number of regulations and restrictions remain the same, he told Dau Tu.

Speaking with VietNamNet, Dau Anh Tuan, who is in charge of legal issues at the Vietnam Chamber of Commerce and Industry (VCCI), said the government should invite independent organizations to take part in the review.

Ministries rarely want to remove their own circulars, but will find ways to keep them legally, he said.

Even worse, many ministries such as construction, transport, industry and trade, and agriculture continued to issue new legal requirements even after the Law on Investment became effective, Dau Tu reported, citing a report by a panel tasked with overseeing the law’s application.

Nguyen Dinh Cung, who is on the panel, said many ministries believed that they still have rights to issue legal requirements, because other laws stipulate that ministers are in charge of issuing regulations for the sectors that they oversee.

According to a recent survey by VCCI and the US Agency for International Development, 65 percent of businesses agreed that government officials causing trouble is common when they process procedures for businesses.

The survey also found that 66 percent of respondents had to pay informal charges last year, compared to 64.5 percent in 2014 and 50 percent in 2013.