Vietnam targets 6.5-7 pct in GDP growth from 2016-2020
Vietnam has set goals for GDP to grow by 6.5-7 percent and inflation to be kept at around 5-7 percent in the next five years, the Ministry of Planning and Investment said.
Go Back 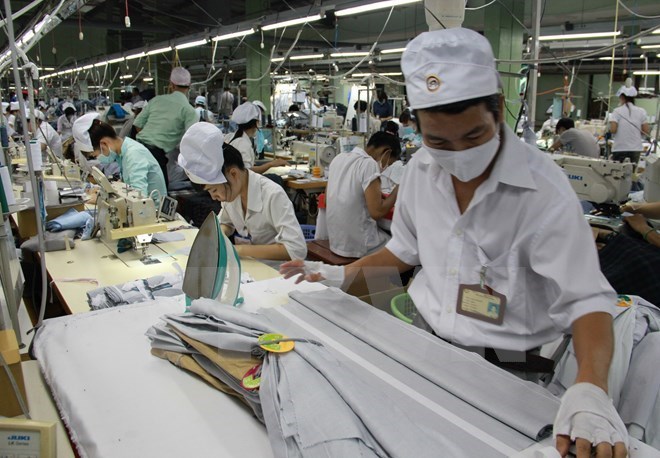 It also targets to reduce the state budget deficit to 4.8 percent of GDP compared to 4.9 percent during the 2011-2015 period.

The Government will maintain its macroeconomic stabilisation policies, especially in terms of price, in pursuit of the goals.

Attention will be paid on transparency of public finance which helps enhance controls of both the Government and society on the issue, while budget planning, verification and allocation will be improved at all levels to avoid any overuse, waste and inefficiency.

The Government plans to get the private sector more involved in socio-economic development, notably in infrastructure, support industries and hi-tech projects, through an improved business climate and preferential policies on interest rates and land.

Economic restructuring at state and industry-levels will be accelerated towards sustainable growth with priorities given to state-owned enterprises and the financial markets.

The country witnessed a decline in GDP growth from 6.42 percent in 2010 to 6.24 percent in 2011 and 5.25 percent in 2012 as a result of the global economic downturn, inefficient reforms and overdependence on natural resources and cheap labour.

Despite these issues, economic restructuring has made progress. The Incremental Capital-Output Ratio (ICOR) fell from its peak of 42.68 percent in 2007 to approximately 31 percent in 2015.

The average ICOR during the last five years was 31.2 percent compared to 39.3 percent from 2006-2010, indicating a more efficient use of capital.

The last five years also saw a remarkable rise in export revenue, which has tripled GDP growth. Vietnam’s exports contributed 0.8 percent of global exports in 2015, up 3-fold from 0.25 percent in 2011.

Thanks to the Government’s market stablisation measures alongside the slide in oil prices, the consumer price index (CPI) rose by only 1 percent in 2015.