Vietnam tea exports ranked fifth worldwide
Vietnam is now the seventh biggest tea producer in the world and the fifth biggest exporter of the product.
Go Back 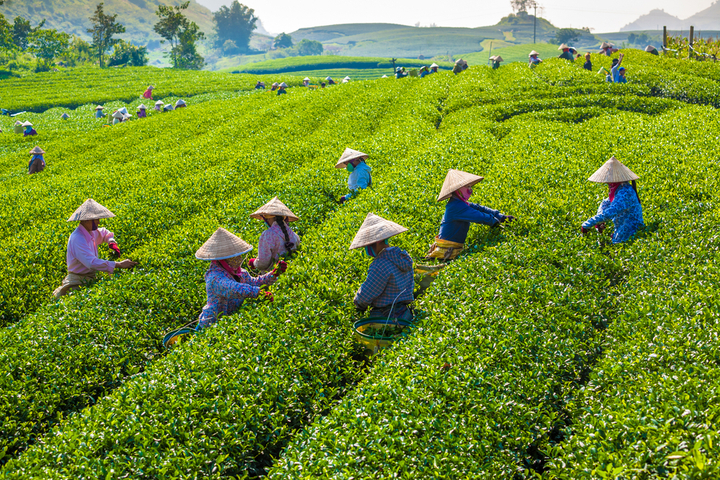 According to the department of farm produce processing and market development under the Ministry of Agriculture and Rural Development, more than 500 tea factories are operational in the country. Together they produce more than 500,000 tonnes of dried tea leaves annually.

Prices of exported tea in the first quarter averaged 1,546 USD per tonne, up 7.5 percent year on year. The biggest buyers of Vietnamese tea were Pakistan, Russia, Taiwan (China), Indonesia, the US, China and Malaysia.

Pakistan continued to be Vietnam’s largest tea importer in terms of turnover. The country purchased 4,060 tonnes or 16 percent of Vietnam’s total tea exports, for 8.45 million USD, down 28.9 percent in volume and 19.2 percent in value. The decline was a result of a stricter Pakistani tea import rules.

A similar situation happened to tea shipments to China and Taiwan where stricter regulations were also applied.

Pakistan was followed by Russia, with imports of 4,170 tonnes of tea for 6.49 million USD, down 8.4 percent in volume but up 6.5 percent in value thanks to a 16.2 percent increase in tea prices that averaged 1,556 USD per tonne.

According to experts, lower demand might have played a role in the fall of tea exports but the biggest problems were that domestic exporters paid little attention to improving the tea quality and an absence of internationally known Vietnamese tea brands.

As such, recent awards for Vietnamese tea products at the first International Gourmet Tea Competition “Teas of the World” in Paris were a highlight of the sector.

The northern localities have been touted as a cradle of Vietnamese tea, and tea products from the region are popular in Europe, according to Barbara Dufrene, former Secretary General of the EU Tea Committee.