Home » Press » Vietnam, the nation of motorbikes, may soon see a car boom

Vietnam, the nation of motorbikes, may soon see a car boom
The government on Tuesday submitted to lawmakers a plan to cut tariffs and luxury taxes that can send car prices down by 42 percent in 2019.
Go Back 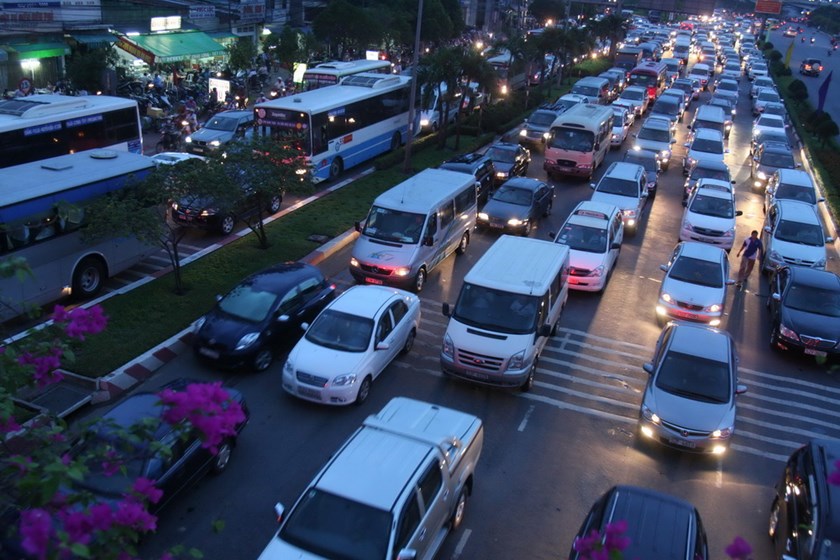 The government on Tuesday submitted to lawmakers a plan to cut tariffs and luxury taxes that can send car prices down by 42 percent in 2019.

Under the plan, prices for cars with small engines will fall significantly while those with engines of three liters and above will surge.

Those who plan to buy cars may welcome the news. Currently, multiple layers of taxes and fees mean that many cars in Vietnam cost twice as much as the same models in other countries.

On average a car in Vietnam is subjected to no fewer than 10 taxes and fees, including an import tariff of 50-70 percent, a special consumption tax of 40-60 percent, a value added tax of 10 percent and a registration fee of around US$900. Not to mention a wide range of fees that drivers have to pay after buying a car.

But high car prices are not always a bad thing for the country, whose transport infrastructure is already strained to a point that some cities have planned to trim sidewalks and reduce bus services to make way for personal vehicles.
A sudden and sharp cut in car prices will drive car sales and worsen congestion, especially in major cities such as Hanoi and Ho Chi Minh City.

Even before price cuts are made, this year has been a successful year for car dealers. More than 120,000 new cars have been registered so far, a 50 percent increase over the same period last year.
The proposed tax policy for 2019 will allow affordable small cars from the regional bloc ASEAN, particularly from Indonesia and Thailand, to flood the local market. Trade deficit concerns aside, the problem of traffic jams will certainly get bigger.

A representative of an auto company in Vietnam, who asked not to be named, was quoted as saying in a Thanh Nien report last week that the anticipated trade deficit and traffic gridlock will eventually lead to policy U-turns.

“Policymakers may issue regulations to limit personal cars, which will make the auto market unstable,” he said. “Investors are afraid of unstable policy.”

The prediction is not without precedence. In 2007, the Finance Ministry reduced import duties on cars several times, from 90 percent to 60 percent.

A year later, it increased the tariffs to 70 percent, to curb an expanding trade gap and a worsening traffic problem.
So what should Vietnam do with its auto industry?

At some point the country will have to decide if it really wants more cars and how transport infrastructure should be developed to keep up with a growing number of personal vehicles. If taxes and tariffs are to be cut, how deep should the cuts be?

Flip-flopping on policies will create uncertainty, and in this case can even bring chaos to the streets. So when it comes to cars, policymakers should be really sure where they want to go.