The country has comparative labor cost advantages to attract labor-intensive manufacturing and the government has been aggressive in courting foreign direct investment (FDI) in manufacturing by providing tax incentives and improving infrastructure. Vietnam also has diversified export exposure, with the EU and the US as its largest partners. Export growth to China and South Korea are also strong.

Vietnam has signed a FTA with South Korea and been working on a comprehensive agreement with both the US and the EU through the Trans Pacific Partnership (TPP) and the EU Free Trade Agreement (EU FTA). In 2014 its market share rose to 0.8 per cent of total global trade, from 0.7 per cent in 2013. The July Production Managers’ Index (PMI) rose to 52.6 from 52.2 in June. 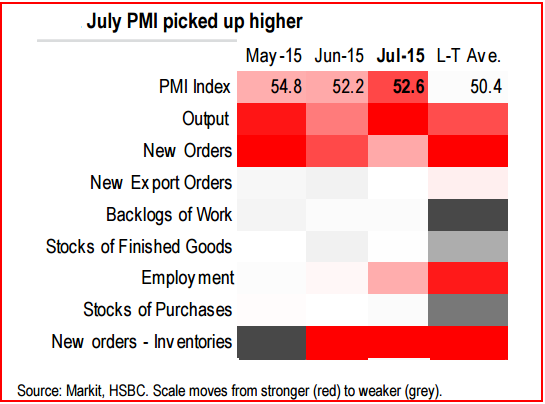 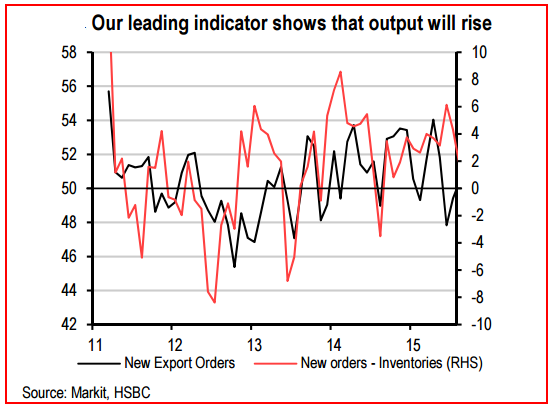 Even domestic demand is on the mend, and HSBC said that the biggest risks to Vietnam will be domestic-oriented rather than externally driven. “Comparative labor advantages and limited exposure to portfolio investment limit the impact of slowing external demand and the unpredictable nature of capital flows,” the bank stated.

However, two domestic developments are worth highlighting. The first is a widening fiscal deficit, with the Ministry of Finance (MoF) recently trying to tap into the foreign reserves of the aState Bank of Vietnam (SBV). The second is the continued crowding out by State-owned sector investment over the more efficient private sector.