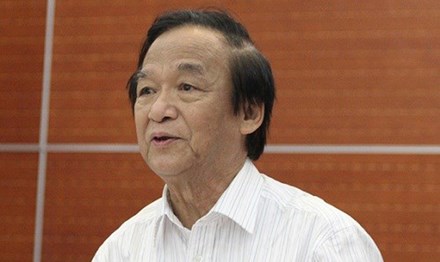 Professor Nguyen Lan Dung, a renowned scientist in Vietnam, said at a workshop on the strategy to attract young talents held recently that his daughter, who received a doctorate in the US, now works in Vietnam and receives VND3.5 million ($150) a month in salary from the State. Meanwhile, she has to pay VND4 million a month to a home helper.

However, Dung does not think Vietnam should increase salaries to invite more scientists to work.

“I believe that attracting talents by increasing the pay for scientists doesn’t work because the policy is not suitable in Vietnamese conditions. I don’t expect to see the state offer higher pay to my daughter,” he said.

How to attract talent to Vietnam and restrain the brain-drain? Dung said it is necessary to create a policy which encourages scientists to create technologies and products that could allow them to make a high income.

“You may have heard about the ‘Avocado King’ Trinh Xuan Muoi in Dak Lak province, who joins forces with scientists to grow delicious avocados. Some young people can grow custard-apples weighing up to one kilo. They all can enrich themselves and create jobs for society with their intelligence and they are all highly appreciated,” Dung said.According to Dung, talented people can find ways to earn a lot of money and bring benefits to the society. Dung has developed networks which combine scientists, producers and traders throughout the country. The farmers in the networks can earn more money than the salaries paid to PhDs.

Le Anh Vinh, well known in Vietnam as the youngest associate professor, also said one should not too pessimistic about salary.

Vinh said after returning from the US, he worked for a university and received the salary of VND2 million. The salary increased four times.

However, he believes that scientists need to be able to undertake work that fits their capability, so they can make money and conduct significant research for re-investment in their research projects.

An analyst said he also thinks that Vietnam will fail to attract talent if it just tries to offer higher salaries, because Vietnam won’t be able to compete with the US and other developed countries in high salaries. It needs to find a way of its own to attract talented people.